MOSCOW, June 9 (Xinhua) -- There will be a rosy future for trade and technological cooperation between Russia and China, Russian Industry and Trade Minister Denis Manturov has said. 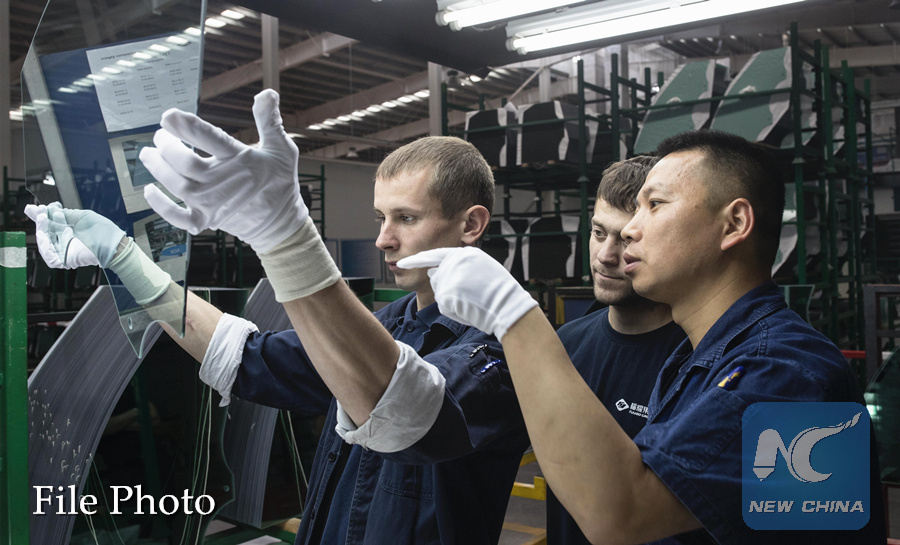 In the face of global market volatility and rising protectionism, one of the most important tasks for Russia and China is to increase the stability of their trade and economic relations, Manturov told Xinhua in a recent interview.

China remained Russia's top trading partner and their two-way trade hit a record high of over 100 billion U.S. dollars in 2018, he said.

Bilateral trade continued to grow in the first quarter of this year, he said, expecting further growth in Russian exports of agricultural products and foodstuffs to China.

The industrial and technological cooperation is multifaceted and the partnership in civil aviation, including the joint development of the wide-body long-haul airliner CR929, is an important aspect, said Manturov.

The CR929 program is at the design stage, when the main tasks are to select suppliers of systems and equipment and conclude agreements of intent with them, he said, adding that the prospective airliner will be "absolutely competitive" in the global market.

In addition to civil aviation, Manturov also sees "considerable prospects" in expanding partnership in the fields of medicine development and production, robotics as well as radio electronics.

There is still potential for cooperation in such traditional sectors as agriculture, food industry, timber industry, engineering, consumer goods production, metal, and construction materials, he added.

"It should be noted that the comprehensive development of strategic cooperation between Russia and China corresponds to the interests of both countries," Manturov said.