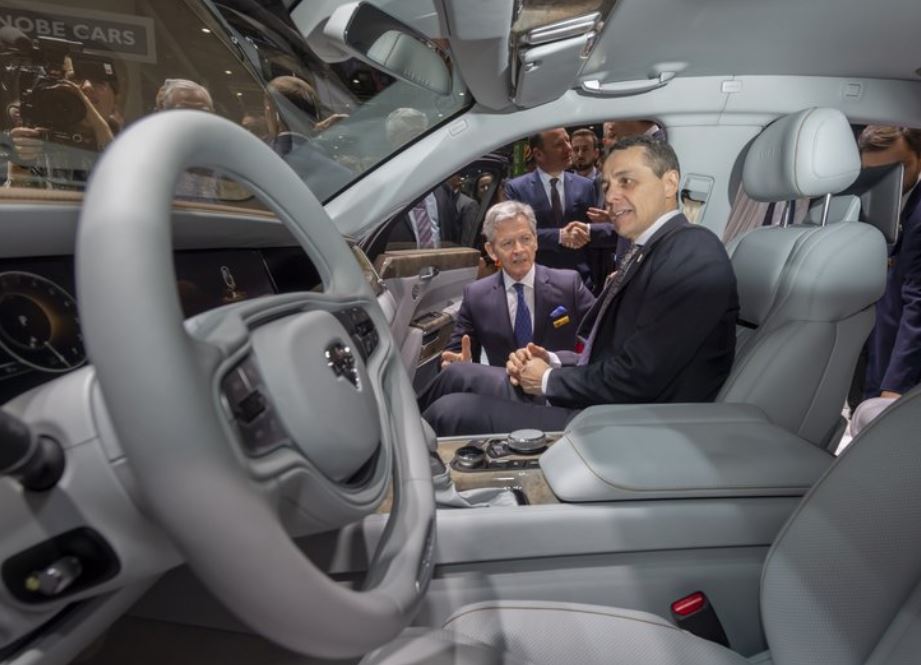 "We hope that in 2020-2021, a similar showroom will appear in China," Manturov said, referring to a showroom for domestic-made luxury cars under the Aurus brand.

He said at the event's opening ceremony that the Chinese market and buyers of luxury car brands are growing rapidly.

The showroom features an Aurus sedan. The type was powered by a two-turbine, eight-cylinder engine, and sported four-wheel drive and four-zone climate control.

The product line of Aurus includes limousines, sedans, minivans and SUVs. They were produced on a single modular platform by the Central Scientific Research Automobile and Automotive Engines Institute (NAMI), in partnership with Russian carmaker Sollers.

Putin first used an Aurus limousine instead of his usual Mercedes during his inauguration in May last year. It was presented at the Geneva International Motor Show in March this year.

Russia plans to produce up to 200 Aurus cars by the end of next year, Manturov said, adding that some will go to the Russian government, while the rest will go on sale.