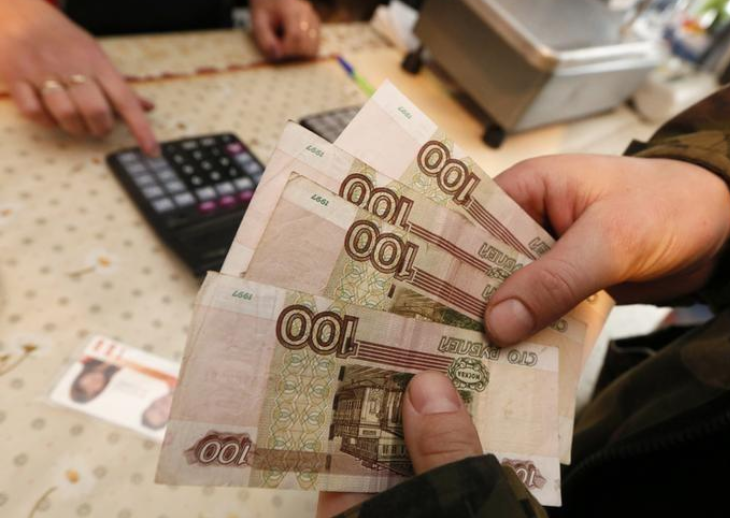 A customer holds 100-rouble banknotes while visiting a local grocery store in the village of Verkhnyaya Biryusa outside the Siberian city of Krasnoyarsk, Russia January 23, 2015 (Photo: Reuters)

European electronic and household goods manufacturers have warned Russian retailers of a possible 5 to 10 percent rise in prices after the ruble tumbled this week due to U.S. sanctions, retailers said on Tuesday.

Eldorado, which operates over 400 stores in Russia, said the hikes may mean it has to adjust its retail prices.

“Suppliers have already started warning of a possible 5-10 percent adjustment in prices,” a spokesperson for Eldorado told Reuters, adding that the warnings had primarily come from European manufacturers that do not produce goods in Russia.

A spokesperson for M.Video (MVID.MM), which operates a network of 424 stores, also said that some of its suppliers had told them of plans to raise prices by between 5 and 10 percent.

The ruble RUB= fell sharply on Monday as investors took fright after a new round of U.S. sanctions against Moscow, targeting officials and businessmen around Russian President Vladimir Putin.

The ruble extended its losses on Tuesday, shedding over 3 percent of its value against the dollar, as investors continued a sell-off of assets fueled by fears that Washington could impose more sanctions and a realization that Russian credit and market risks had substantially increased.