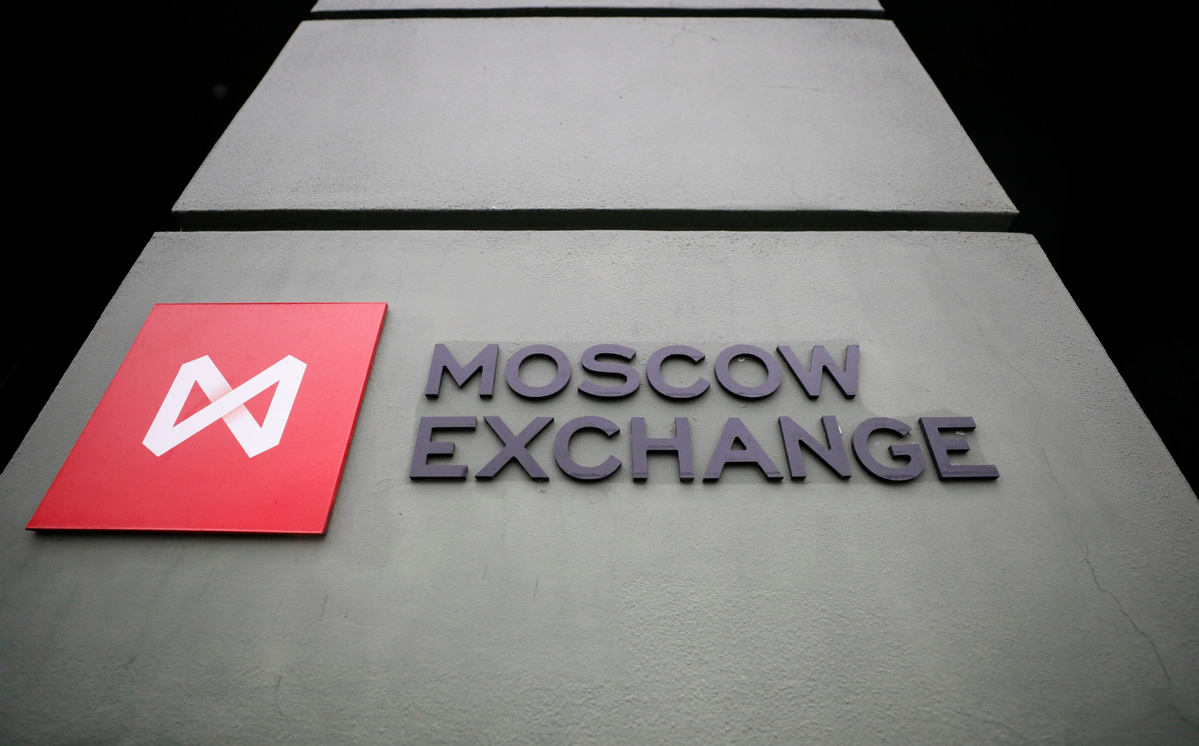 A board with the logo of the Moscow Exchange is on display in its office in Moscow, Russia, on March 10, 2020. (Photo: Agencies)

According to data from the Moscow Exchange, Russia's main MOEX Index plunged to 2,463.30 at the opening bell at 10 am local time on Tuesday. After a public holiday on Monday, Russian stock exchanges followed major global markets, which posted their steepest falls since the 2008 financial crisis to start the week after oil prices crashed over the weekend.

Russia's rejection of a renewed round of oil production cuts in the OPEC+ format at a crunch meeting in Vienna on Friday shocked the global energy markets, and has prompted analysts to talk of an "oil price war" between Russia and Saudi Arabia, two of the world's largest energy suppliers.

"The current situation on the oil market is within the forecast frames, however a scenario of withdrawing from the OPEC plus product cut deal is being looked at," said Russian Energy Minister Alexander Novak.

The minister stressed that Russia's oil sector could boast a big margin of financial stability and would stay competitive even with low oil prices.

Still, falling oil prices put the Russian ruble under pressure, as the country still relies on energy exports for a large portion of its budget.

The ruble plummeted almost 10 percent on Monday, falling to its lowest level in more than four years.

Meanwhile, the Russian Central Bank on Monday announced plans to suspend foreign exchange purchases for 30 day and to monitor the financial markets, adding that it is ready to use additional instruments to support stability on the market.

Separately, Saudi Arabia plans to boost its crude output above 10 million barrels per day in April from 9.7 million bpd in recent months, and has slashed its export prices to encourage refiners to buy more.

Russia responded strongly by saying it could lift output and that it could cope with low oil prices for six to 10 years.

Reuters quoted two sources familiar with the matter as saying that Saudi Crown Prince Mohammed bin Salman gave the green light for the kingdom to pump oil at will.

But Russia's Tass News Agency reported that Saudi Arabia had denied plans to wage a price war with Russia on the oil market.

"That is not true. Russia is still a very important partner for Riyadh and a most important player on the energy market," a high-ranking source in OPEC told Tass.

Russia is believed to have reserves of $570 billion and the ruble is free-floating, allowing it to swiftly adjust to market conditions and devalue. Also, Russia is much better placed to withstand an economic shock than it was in 2014 when the West imposed sanctions on it over the Crimea issue, or than in 2008 when it was buffeted by the global financial crisis, Reuters said.