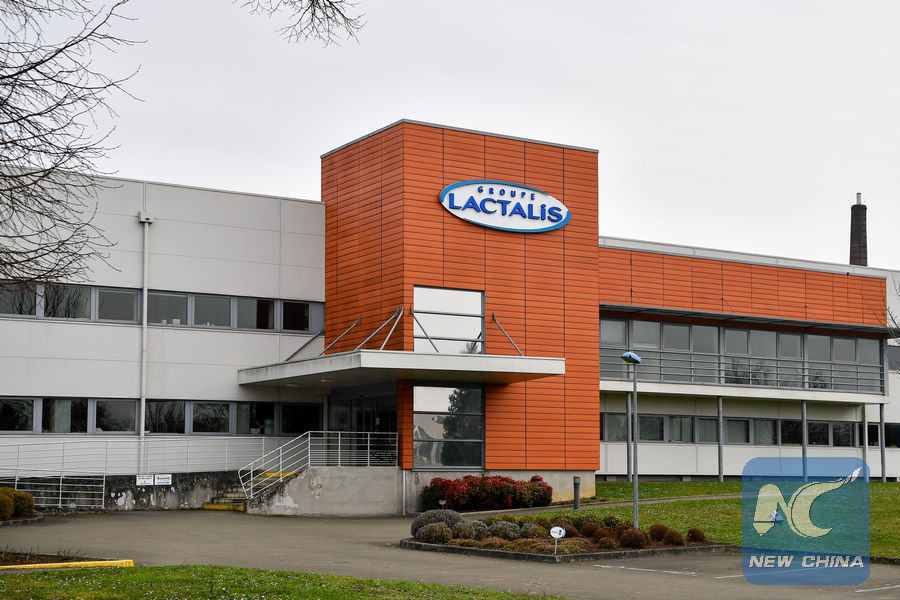 The headquarters of the Lactalis Group in Laval, France. Photo: Xinhua/Chen Yichen

Rwandan ministry of health Monday announced a ban on the sale and importation of dairy products including children milk made by French diary group Lactalis, saying investigations revealed that it is "contaminated."

The statement urged Rwandans to stop consumption of all dairy products by Lactalis Group.

It cites information issued by the International Food Safety Authorities Network (INFOSAN), and the European Commission Directorate General for Health and food safety which warned the public about the products consumption indicating it was potentially contaminated.

It said the ban was based on investigation done by the ministry of health in conjunction with Rwanda Standards Board (RSB) together with the Rwanda National Police.

The public should stop immediately offering the dairy products from Lactalis Group to children and return them to supplier while traders with the said products in stock should stop their sale and take them to the standards body, said the statement.

According to the ministry of health, persons who consume the dairy products contaminated with "salmonella agona" can suffer from diarrhea, fever, and stomach ache.

The company last year announced recall of its infant formula and other baby products made at its factory in Craon, northwestern France.