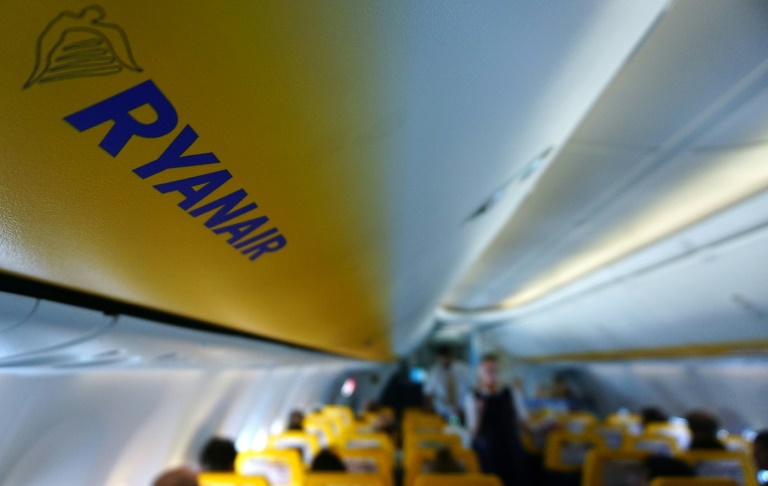 Earnings after taxation slumped 21 percent to 243 million euros ($270 million) in the three months to the end of June compared with the same portion of the previous financial year, Ryanair said in a results statement.

That was in line with company guidance given in May.

At the same time, the British market has also been plagued by anxiety over Brexit, with the UK set to leave the European Union at the end of October.

"The two weakest markets were Germany, where Lufthansa was allowed to buy Air Berlin and is selling this excess capacity at below cost prices, and the UK where Brexit concerns weigh negatively on consumer confidence and spending," said chief executive Michael O'Leary.

The Dublin-based carrier's recent performance has been hit also by pan-European strikes last year that forced it to cancel flights, affecting thousands of passengers, and offer improved pay to staff via landmark deals with unions.

The Dublin-based carrier said however that passenger traffic rose 11 percent to 42 million in the reporting period, while revenue also grew 11 percent to 2.31 billion euros.

Monday's results were published one week after Ryanair slashed its growth outlook and said it would temporarily shut bases as crisis-hit Boeing pushes back plane deliveries owing to fatal crashes that grounded its 737 MAX jets.

Ryanair expects to receive only 30 new Boeing 737 MAX jets by late May, instead of a planned 58, it had revealed on Tuesday.

It hopes to take delivery of its first MAX 200 jet between January and February 2020.

The airline did not indicate any job cuts but trimmed its full-year 2020/2021 passenger traffic forecast to 157 million from 162 million.