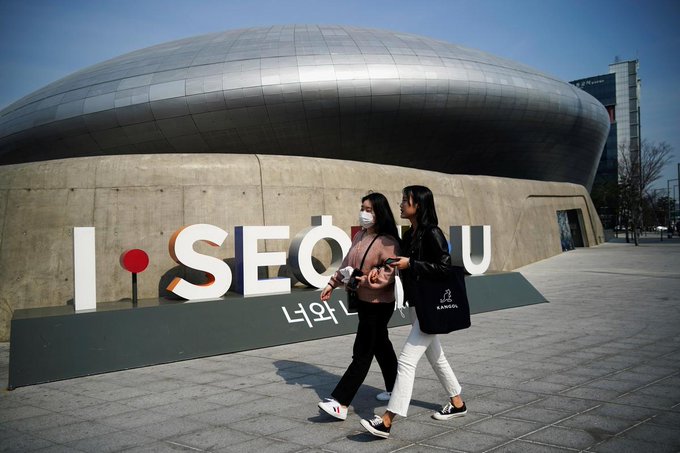 SEOUL, April 8 (Xinhua) -- South Korean President Moon Jae-in said Wednesday that his government will add about 56 trillion won (46 billion U.S. dollars) for additional economic stimulus package to help prevail over the economic fallout from the COVID-19 outbreak across the world.

"The global economy is falling into an extreme downturn. Our economy with high dependence on foreign trade is suffering a tsunami-like shock. (We) are in a dark tunnel with no end in sight," Moon said during the fourth weekly meeting of the emergency economic council, according to the presidential Blue House.

South Korea's export fell 0.2 percent in March from a year earlier, after growing 4.3 percent in February. The export was forecast to slide rapidly in April.

People here refrained from outside activities such as traveling, shopping and eating-out amid the fears of infection, hitting hardest the self-employed and microbusiness owners.

For start-ups and venture companies, 2.2 trillion won (1.8 billion U.S. dollars) will be given through low-rate loans and loan guarantees.

It was the fourth stimulus package to get over the economic slowdown from the COVID-19 outbreak.

The size of the package was doubled to 100 trillion won (82 billion U.S. dollars) in the second meeting to prevent competitive companies from going out of business because of a temporary liquidity shortage.

After the third meeting, Moon announced a plan to provide cash for households in the bottom 70-percent income group that requires about 9.1 trillion won (7.5 billion U.S. dollars) of government fund.