SEOUL, May 20 (Xinhua) -- South Korea's state-run economic think tank on Wednesday announced a gloomy growth outlook this year due to worry about an economic fallout from the COVID-19 outbreak across the world. 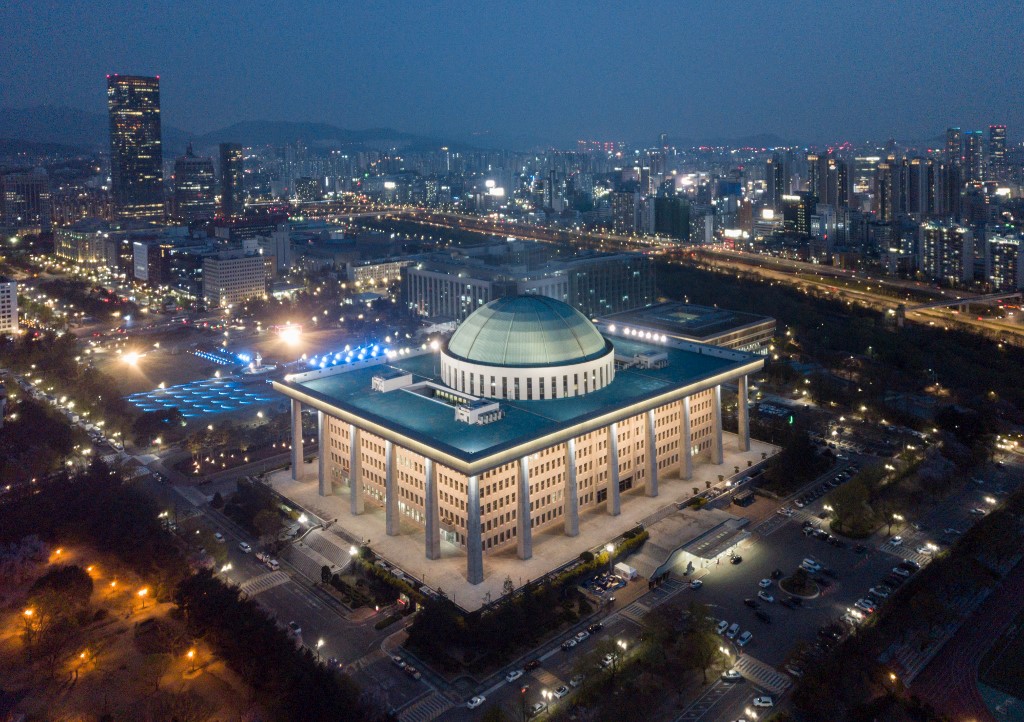 A photo taken on April 15, 2020 shows a general view of South Korea's National Assembly building in the Yeouido district of Seoul. (Photo: AFP)

The Korea Development Institute (KDI) said in its first-half growth outlook report that the economy is expected to grow 0.2 percent in 2020 before rebounding 3.9 percent in 2021.

This year's outlook was down from a growth forecast of 2.3 percent unveiled by the KDI six months earlier.

If the economy grows 0.2 percent this year, it would be the slowest expansion since 1998 when the foreign exchange crisis roiled the export-driven economy and the economic growth dropped 5.1 percent.

The KDI's growth outlook for this year was higher than forecasts of 1.2 percent contraction made by the International Monetary Fund (IMF) and 0.5 percent reduction by the Korea Institute of Finance.

The KDI noted that if corporate failures, household bankruptcies and unemployment occur broadly, the economic recovery would be slow during the post-COVID-19 era, saying uncertainties remain high over the growth path.

Under the worst-case scenario, the South Korean economy is predicted to tumble 1.6 percent this year. In contrast, the economy is expected to expand 1.1 percent under the V-shaped recovery scenario.

The KDI said the coronavirus pandemic rapidly weakened both export and private consumption.

Export, which accounts for about half of the South Korean economy, is projected to plummet 15.9 percent in 2020 as shutdown in major economies, caused by worry about the COVID-19 spread, undermined global trade.

This year's current account surplus is estimated at 59.4 billion U.S. dollars, almost unchanged from a surplus of 60 billion dollars last year. It was attributed to the improved terms of trade.

Private consumption, another growth engine of the South Korean economy, is predicted to diminish 2 percent this year before recovering 5.3 percent next year.

The services industry was hit hardest by the COVID-19 outbreak as people refrained from outside activity such as shopping, traveling and eating out.

The number of those employed this year is forecast to be unchanged compared with the previous year. Six months earlier, the KDI predicted the number to grow about 200,000 this year.

Unemployment rate is projected to rise from 3.8 percent last year to 3.9 percent this year and 4.1 percent next year.

Companies drove employees to go on an unpaid leave or be laid off to address the negative effect from the COVID-19 outbreak, but the government encouraged companies to maintain their workforce by offering various incentives.

Facility investment is forecast to rise 0.9 percent this year before jumping 7.9 percent next year amid the recovering global demand for semiconductors.

Investment in the construction sector is expected to expand 1.4 percent this year and 2.4 percent next year each.