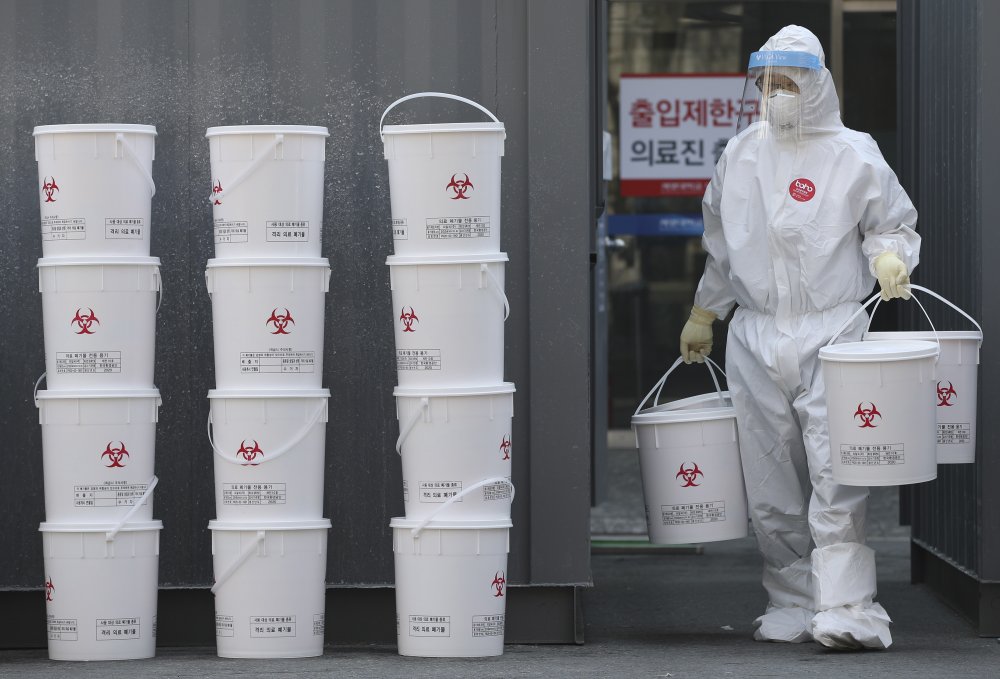 It was not a unanimous decision. Two of the seven monetary policymakers claimed a 25-basis-point rate cut, raising a possibility for more accommodative monetary policy.

Governor Lee told an online press conference that room for the BOK's policy rate change is still left, saying there is a "significant" possibility for the global economy to fall into a recession.

Lee, however, noted that if the COVID-19 outbreak calms down across the world by the end of June, South Korea's real gross domestic product (GDP) growth would be positive this year, not negative.

The rate freeze was in line with market expectations. According to the Korea Financial Investment Association (KFIA)'s poll of 200 fixed-income experts, 89 percent predicted the rate on hold.

Market watchers forecast the BOK would keep the target rate on hold for the time being to wait and see the effect from its emergency steps.

The BOK cut its key rate by half a percentage point to 0.75 percent on March 16 in its first emergency action since the 2008 global financial crisis. It was the first time that the country's target rate fell below 1 percent.

Ten days later, the central bank added an "unlimited" liquidity supply to its emergency move. The unlimited liquidity would be given to financial institutions for three months by the end of June through open market operations.

It was the first time that the BOK provided liquidity with no limit. The bank said it would not be wrong to call it a quantitative easing (QE) though it is different from the U.S. version.

The emergency moves were aimed to minimize the economic fallout from the COVID-19 outbreak and support the government's fiscal stimulus package.

The BOK said in a statement that the South Korean economy was believed to face a significant slowdown given the sharp fall in consumer spending, the limited recovery in facility investment, the adjusted investment in construction sector, and the export fall.

Negative signs were seen in recent economic indicators. Export, which accounts for around half of the export-driven economy, fell 0.2 percent in March from a year earlier after growing 4.3 percent in the prior month. The export was forecast to slide rapidly in April.

Revenue in discount outlets tumbled 10.6 percent in February from a year earlier, marking the biggest fall in about five years since January 2015.

Revenue in department stores plunged 30.6 percent in the month, continuing to skid for the third straight month.

The domestic sale of locally-made passenger cars slumped 24.6 percent in February from a year ago, recording the fastest decline in about 11 years since January 2009.

Consumers refrained from outside activities, such as traveling, shopping and eating-out, hitting hard offline retailers.

Revenue by online retailers jumped 27.4 percent in February from a year earlier, posting the biggest increase since October 2018.

Industrial output reduced 3.5 percent in February from a month earlier, marking the highest reduction in about nine years since February 2011.

Manufacturers logged an average capacity ratio of 70.7 percent in February, down 4.9 percentage points from the previous month. It was the lowest in almost 11 years since March 2009.