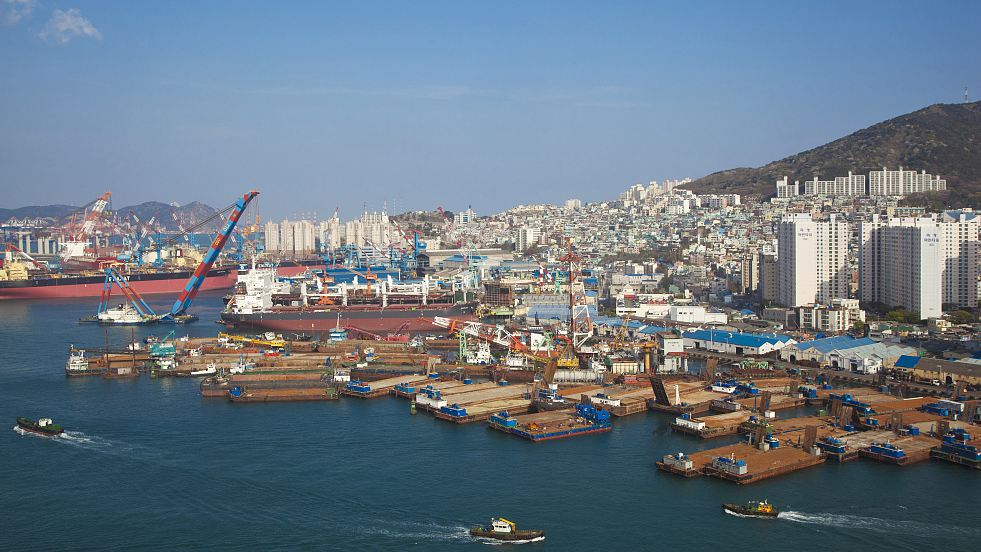 SEOUL, April 13 (Xinhua) -- South Korea's export posted a double-digit fall in the first 10 days of this month on the economic fallout from the COVID-19 outbreak across the world, customs office data showed Monday.

Export, which takes up about half of the export-driven economy, amounted to 12.2 billion U.S. dollars in the April 1-10 period, down 18.6 percent from the same period of last year, according to the Korea Customs Service.

Oil product shipment plummeted 47.7 percent, and export for telecommunication devices such as smartphone, and auto parts slumped in double digits in the cited period.

Export to China, South Korea's biggest trading partner, dipped 10.2 percent in the 10-day period, with those to the United States and Japan sliding 3.4 percent and 7.0 percent each.

Shipment to the European Union, Vietnam and Latin America tumbled in double figures in the period.