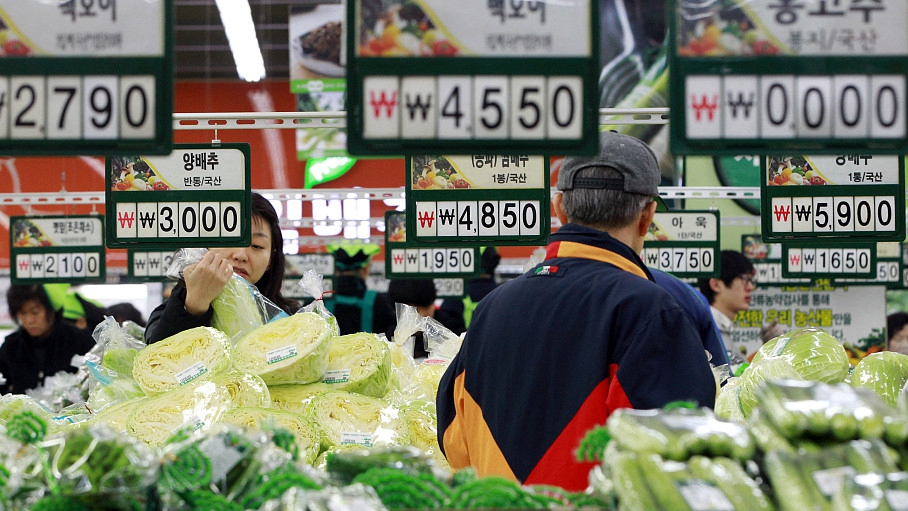 It marked the first time since data began to be compiled in 1965 that the consumer price inflation hovered below 1 percent for two years in a row.

Services price added 0.3 percent this year as the social-distancing guidelines discouraged people from doing outside activities such as eating-out and leisure.

Private services price increased 1.2 percent in 2020 from a year earlier, marking the lowest in eight years since 2012.

Public services price declined 1.9 percent as the government expanded welfare policy, such as financial support for public education and fiscal assistance to those who were hit hard by the pandemic.

It was the biggest fall in public services price that retreated 0.5 percent in 2019.

Jeonse price gained 0.3 percent in 2020 from the prior year, and monthly rent added 0.1 percent.

Jeonse is the country's unique contract between two households where a landlord grants a residence right for two years to a tenant, who in turn lends a certain amount of money, or deposit, to the landlord.

Core consumer price index, which excludes volatile agricultural and oil products, was up 0.7 percent in 2020 from a year ago. It was the lowest increase since 1999 when the index added 0.3 percent.

The fresh food index, which gauges price for fish, shellfish, fruit and vegetable, soared 9.0 percent this year, recording the highest growth since 2010.

In December, the CPI came in at 105.67, up 0.5 percent from a year earlier. The monthly headline inflation hovered below 1 percent for the third consecutive month.

Price for agricultural, livestock and fishery products soared 9.7 percent in December from a year earlier, but it was down from a 11.1 percent gain in November.

Oil products price tumbled 12.6 percent this month, but it was slower than a 14.8 percent decline in November.

Private services price increased 1.3 percent in December as the government tightened its five-tier social-distancing rules to the second-highest level earlier this month to contain the COVID-19 resurgence here.

The core consumer price index rose 0.9 percent in December from a year ago.