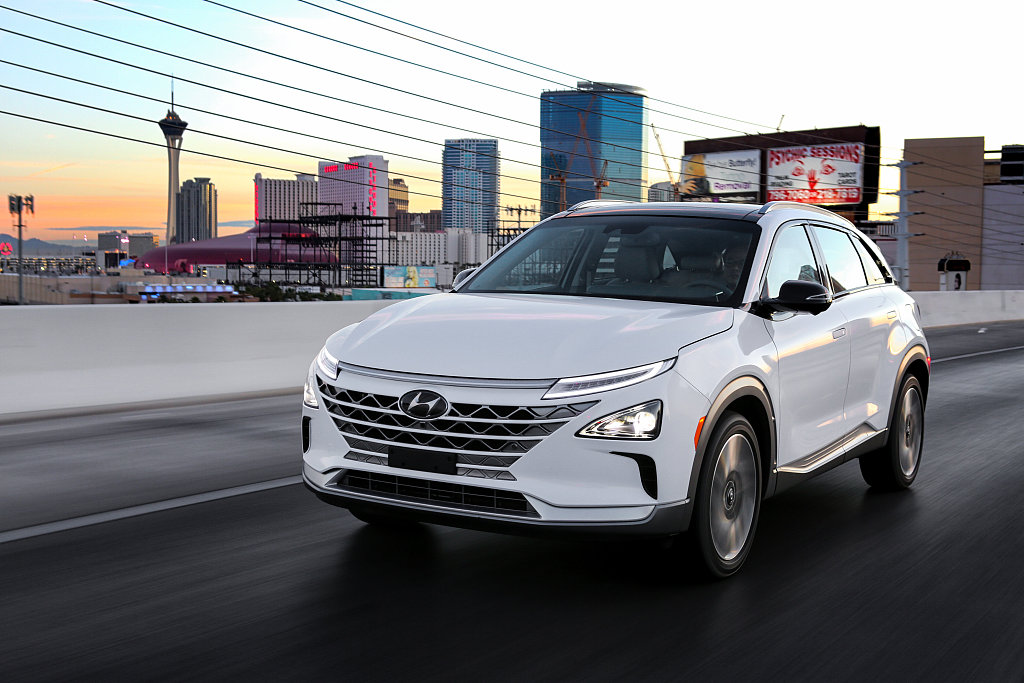 Hyundai announced its long-term roadmap to speed up the development of a hydrogen society, unveiling plans to boost its annual fuel-cell systems production capacity to 700,000 units by 2030 that includes 500,000 units for fuel-cell electric vehicles (FCEVs).

A study by the global consulting firm McKinsey & Company estimated global demand for fuel-cell systems would rise to a range of 5.5 million-6.5 million units by 2030 globally.

The fuel-cell system involves fuel-cell stack and relevant parts. Hyundai's fuel-cell system, which combines hydrogen fuel with oxygen taken from the air to produce electricity, emits only water as a by-product and helps purify polluted air.

Hyundai aimed to expand hydrogen businesses beyond the automotive sector by supplying its fuel-cell systems to other manufacturers of drones, vessels, rolling stocks and forklifts as well as automobiles.

It said demand for fuel-cell systems was expected to emerge quickly in the sectors beyond transportation, such as power generation and storage systems.

To meet the demand, Hyundai along with its suppliers will invest around 7.6 trillion won (6.7 billion U.S. dollars) in research and development (R&D) and facility expansion by 2030. It was expected to create some 51,000 jobs in the process, the company said.

As a first step, Hyundai Mobis, the fuel-cell system manufacturing unit of Hyundai, held a groundbreaking ceremony for its second fuel-cell system plant in Chungju, 100 km south of Seoul, earlier in the day. It was attended by Sung Yun-mo, the minister of trade, industry and energy, and the Hyundai vice chairman.

The second plant would increase Hyundai's annual fuel-cell system output to 40,000 units by 2022 from the current 3,000 units.

The South Korean government actively supported the development of a hydrogen society as the hydrogen has high energy density and the ease of refueling.

The government aimed to provide 16,000 FCEVs by 2022 and install 310 hydrogen fueling stations by that year. Six municipal governments nationwide planned to adopt some 30 hydrogen-powered intra-city buses for the next two years.

The hydrogen society was expected to go global in the foreseeable future. The Japanese government aimed to offer 40,000 FCEVs and install 160 hydrogen stations by 2020. Germany recently launched the operation of the hydrogen-powered locomotive on a trial basis, while aiming to abolishing all diesel-powered trains by 2040.