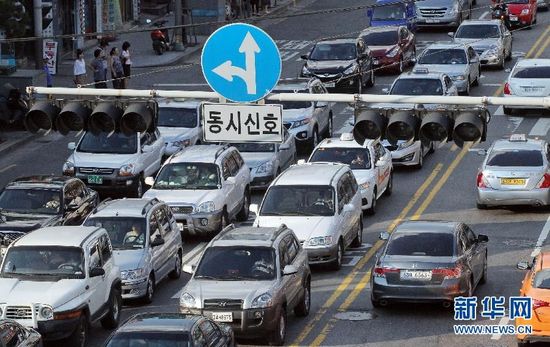 It was the first growth this year as the local car sales posted a double-digit increase that offset weak overseas demand.

The number of vehicles sold by Kia Motors, affiliated with Hyundai, was 51,211 in September in the domestic market, up 21.9 percent from a year earlier. Kia's overseas auto sales climbed 7.7 percent to 208,812 units.

GM Korea sold a total of 40,544 vehicles globally in September, with both local and overseas sales growing on a yearly basis.

Renault Samsung recorded a fall in sales both at home and abroad. Ssangyong's car exports fell in double figures, but domestic sales expanded in double digits in September. Enditem