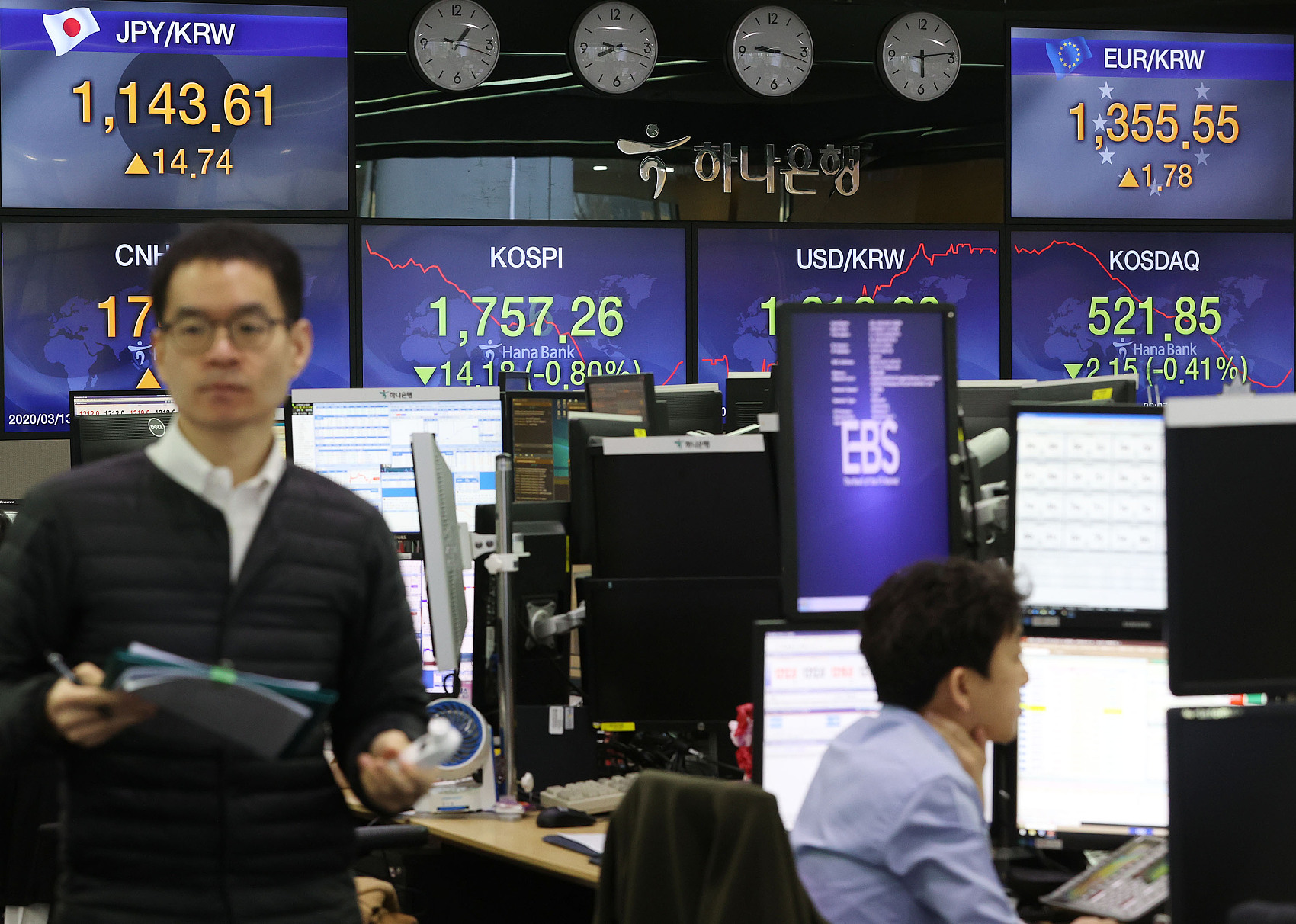 It was the lowest close in about eight and a half years since October 2011.

The U.S. Federal Reserve slashed its key rate by a full percentage point to near zero and vowed to buy 700 billion U.S. dollars of U.S. government and mortgage bonds for a liquidity supply, but the emergency moves failed to ease market volatility.

Foreigners sold the local currency and bought domestic bonds as risk-off sentiment deepened over the coronavirus spread around the world.

The won/dollar exchange rate gained 6.7 won to finish at 1,226.0 won per dollar, marking the highest close in some four years since March 2016.

After the market close, the Bank of Korea (BOK) lowered its policy rate by 50 basis points to an all-time low of 0.75 percent in its first emergency action since the 2008 global financial crisis.