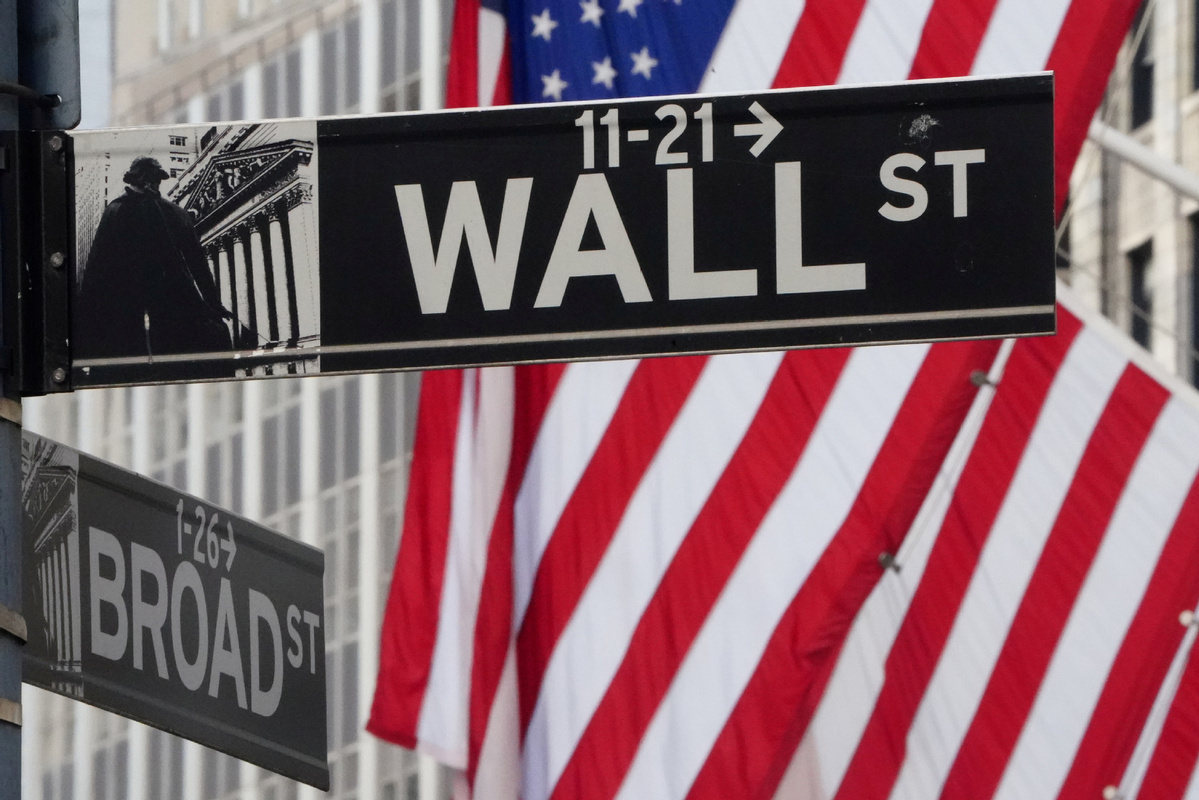 A Wall Street sign is pictured in Manhattan. (Photo: Agencies)

NEW YORK - The S&P 500 ended nearly flat on Monday, with bank shares falling amid warnings of potential losses from a hedge fund's default on margin calls, while optimism over the economy limited the day's declines.

Shares of planemaker Boeing Co rose after the company reached a deal with US budget carrier Southwest Airlines Co for a variant of the 737 MAX aircraft.

Nomura and Credit Suisse are facing billions of dollars in losses after a US hedge fund, named by sources as Archegos Capital, defaulted on margin calls, putting investors on edge about who else might have been caught out.

Shares of big US banks and even regional banks fell. "There's still chatter as to whether or not, and which, American banks may be affected. That is a question that's lurking. But so far the market has taken (the news) in stride essentially," said Quincy Krosby, chief market strategist at Prudential Financial in Newark, New Jersey.

Optimism about speedy vaccinations and record stimulus, which drove the Dow and the S&P 500 to record closing highs last week, helped keep a floor in the market along with upbeat estimates for upcoming earnings, she said.

The Nasdaq was on track to post its first monthly decline in five months.

Investors may also be adjusting their holdings for quarter-end "window dressing," Krosby said.