S&P 500 slides into ‘correction’ for second time this year 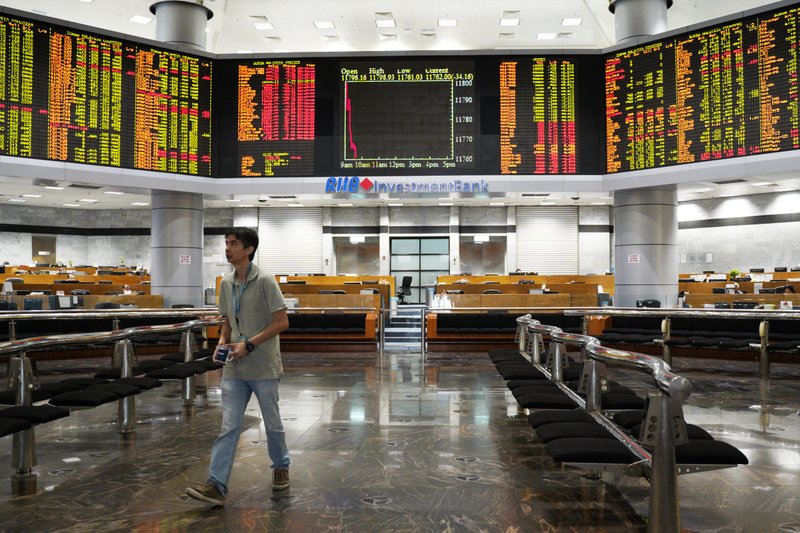 US stocks closed lower Friday, bumping the benchmark S&P 500 index into a correction, or drop of 10 percent or more from its recent all-time high in September.

Energy companies led the market slide as the price of US crude oil tumbled to its lowest level in more than a year, reflecting worries among traders that a slowing global economy could hurt demand for oil.

“Oil is really falling sharply, continuing its downward descent, and that appears to be giving investors a lot of concern that there’s slowing global growth,” said Jeff Kravetz, regional investment director at US Bank Private Wealth Management. “You have that, and then you have the recent sell-off in tech and in retail, and then throw on there trade tensions and rising rates.”

Trading volume was lighter than usual with the markets open for only a half day after the Thanksgiving holiday.

Crude oil prices fell for the seventh straight week on worries that a slowing global economy could hurt demand even as oil production has been increasing.

Saudi Arabia and other OPEC members have recently signaled a willingness to consider production cuts at the oil cartel’s meeting next month. The US has been increasing pressure on Saudi Arabia and OPEC to not cut production, however, a move which could push prices down further.

The slide in oil prices weighed on energy stocks. Concho Resources, a developer and explorer of oil and natural gas properties, slumped 6.3 percent to $126.96.

Tesla fell 3.7 percent to $325.83 after the electric auto maker said it intends to cut prices for its Model X and Model S cars in China to make them more affordable.

Traders had their eye on retailers as Black Friday, the traditional start to the crucial holiday shopping season, began. Shares in L Brands, operator of Victoria’s Secret and Bath & Body Works, added 2 percent to $29.97. Other retailers put investors in a selling mood. Kohl’s fell 3.7 percent to $63.83, while Target lost 2.8 percent to $67.35. Macy’s dropped 1.8 percent to $32.01.

Rockwell Collins climbed 9.2 percent to $141.63 after Chinese regulators conditionally approved the sale of the maker of communications and aviation electronics systems to United Technologies Corp.

Investors will be watching next week when Presidents Xi Jinping and Trump meet at the Group of 20 summit in Argentina for signs that the two leaders can find common ground to begin unwinding the spiraling trade dispute.

The trade dispute between the US and China has weighed on the market, stoking traders’ worries that billions in escalating tariffs imposed by both countries on each other’s goods will hurt corporate earnings at a time when the global economy appears to be slowing.

“If you can get President Trump and President Xi to even just come closer with their rhetoric and make a bit of progress on the trade front that could be the catalyst for markets to move higher,” Kravetz said.

It may take more than a meeting to work out deep-seated issues between Washington and Beijing, which resumed talks over their spiraling trade dispute earlier this month. According to The Wall Street Journal, the US has asked its allies to stop using telecommunications equipment from Huawei, which is Chinese-owned. The report cited people familiar with the matter.

Major indexes in Europe finished mostly higher after shaking off an early slide.

Traders were weighing the latest developments in the negotiations for Britain’s exit from the European Union. Both sides were finalizing the terms of the divorce Friday and expected to sign off on the deal Sunday, though it’s unclear whether the British parliament will pass the deal.