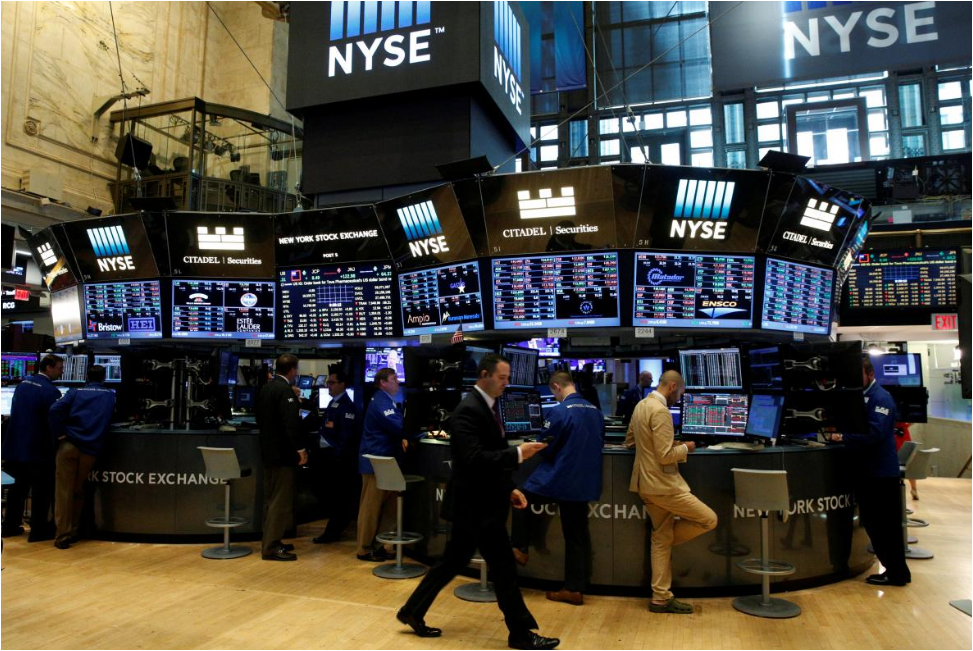 Traders work at the Citadel Securities post on the floor of the New York Stock Exchange (NYSE) in New York City, US, July 18, 2016. ( Photo:Reuters)

The S&P 500 index and the Dow Jones Industrial Average fell on Friday as a steep drop in oil prices pressured energy stocks, but losses were limited by gains in chipmakers and retail stocks.

US crude declined more than 4.2 percent to $67.71 per barrel after Saudi Arabia and Russia said they were ready to ease supply curbs that have pushed prices to their highest since 2014.

Chevron dropped more than 4 percent, while Exxon fell 2.5 percent and were the biggest drags on the Dow.

Stock markets this week have been roiled by trade tensions with China, US threat of imposing tariffs on imported cars and uncertainty over a US-North Korea summit.

President Donald Trump said on Friday the summit with North Korean leader Kim Jong Un could still take place on June 12 as originally planned, a day after canceling it.

“At this point investors are shrugging off Washington headlines because in most cases they won’t affect the markets and Washington has a hard time following through what they say,” said Arian Vojdani, investment strategist at MV Financial in Bethesda, Maryland.

Trading volumes were thin ahead of the long weekend, with markets shut on Monday for the Memorial Day holiday.

The tech-heavy Nasdaq .IXIC was boosted by chipmakers, led by a 2.7 percent jump in Broadcom .

A 15.6 percent surge in shares of Foot Locker boosted the consumer discretionary .SPLRCD index after the company reported a better-than-expected quarterly profit and lifted shares in Nike , which has a partnership with the footwear retailer.

“We are at the tail-end of a strong earnings and that’s still playing in. They want to be a part of what looks like a strong year despite any type of headline shock,” said Vojdani.

The S&P 500 banks index .SPLRCBKS fell 0.5 percent after US Treasury yields fell to their lowest level in three weeks.

The S&P index recorded 18 new 52-week highs and no new lows, while the Nasdaq recorded 92 new highs and 28 new lows.