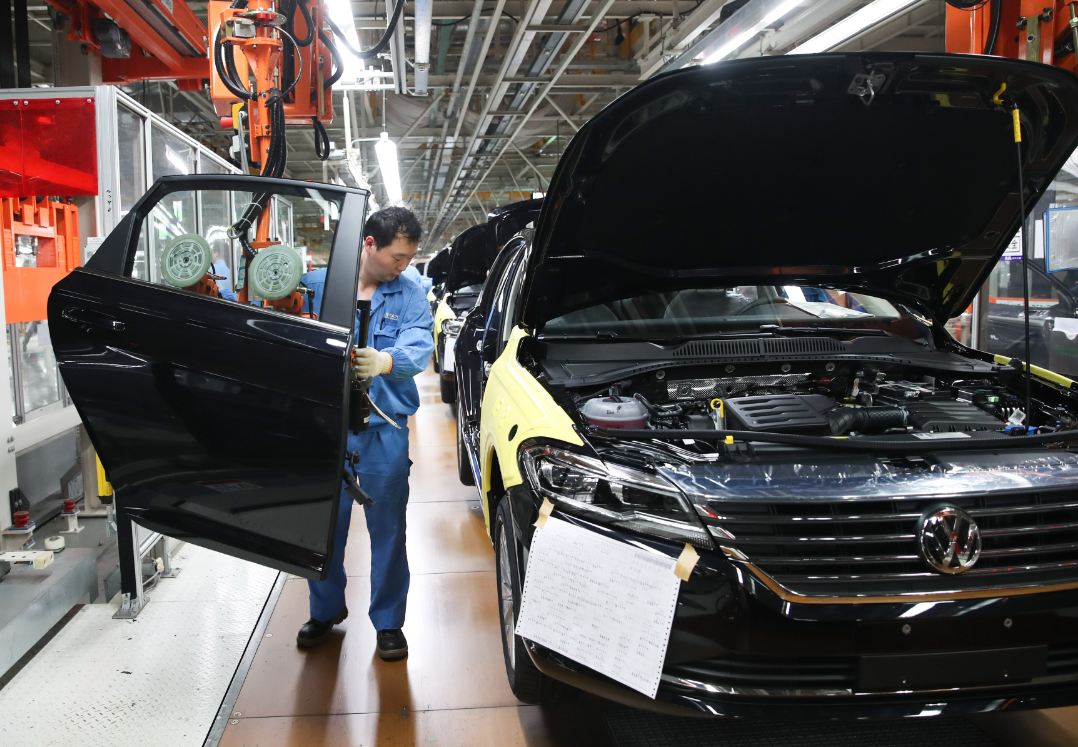 A technician works on the production line of SAIC Motor in Shanghai. (Photo: Xinhua)

Shanghai-based SAIC Motor Corp's first shipping route to the west coast of South America was launched on Thursday, and a ship carrying more than 3,000 vehicles manufactured by Chinese automakers will embark on its maiden voyage early Friday morning.

This was the latest move from SAIC Motor, a domestic leader in whole-vehicle exports and overseas sales, to accelerate its development in the international firmament and assist other Chinese automakers to further grow in overseas markets.

The company said this was its third international shipping route, after two to Southeast Asia and Mexico were launched starting in 2016.

The new route will take only between 30 to 35 days to arrive at ports in South America, the fastest such route so far, SAIC Motor said, adding launching independent shipping routes to take the place of those managed by foreign companies had become an important factor to support stable growth of Chinese vehicles overseas.

Figures from SAIC Motor showed its products have entered South American countries, such as Chile and Peru, for years and 15,000 whole vehicles by SAIC Motor were exported to these countries in 2018, a year-on-year increase of 101 percent. MG became the fastest-growing passenger vehicle type in the South American market in sales last year, and the G10 by Maxus was ranked fourth in the category of multi-purpose vehicles in Chile.

A global outlook has long been a key focus for SAIC Motor, which has set up three overseas whole-vehicle manufacturing sites in Thailand, Indonesia and India, and 12 regional marketing service centers in regions including Europe, South America, Africa, the Middle East, Australia and New Zealand, together with a network of nearly 500 overseas marketing service sites.

"A total of 277,000 vehicles from SAIC Motor were sold overseas last year, a year-on-year increase of 62.5 percent, making it the nation's leading whole-vehicle exporter for three years in a row," said Chen Hong, Party secretary and chairman at SAIC Motor.