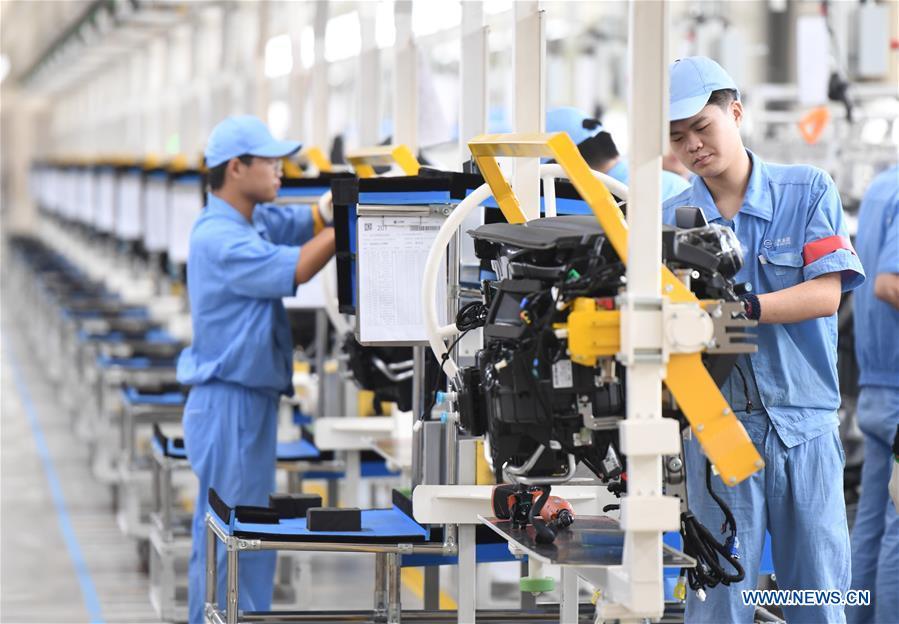 SHANGHAI－SAIC Motor Corp has launched a self-operated car-shipping route to Europe after witnessing a steady growth in vehicle shipments to European markets.

A "ro-ro" (roll-on/roll-off) ship named the Anji Phoenix carrying some 1,800 SAIC new energy vehicles commenced its maiden voyage Tuesday night from Shanghai port to Europe. The vessel will halt at Bristol in the United Kingdom, before heading to Zeebrugge in Belgium, its final destination.

This is the first direct China-Europe sea route for shipping cars. Before this, Chinese vehicles exported to Europe had to stop at multiple ports before arriving in the continent. The new route will shorten the shipping time by a week, said experts.

Yu De, head of SAIC's international business, said despite the COVID-19 effect, the company's sales in NEV-friendly European countries such as the Netherlands, Belgium and Norway have soared, boosting confidence in further exploring the market on the continent.

"In the past, our exports to Europe were relatively small. As our sales continued to increase, we decided to launch self-operated shipping services to enhance the competitiveness of our cars in the local market," said Yu.

During the first nine months of the year, Shanghai-based SAIC

Motor sold 221,000 vehicles overseas, accounting for a third of the total overseas sales of Chinese automakers. Out of this, sales of SAIC's indigenously developed brands reached 140,000 units, an increase of 24.7 percent over the same period a year ago.

"In highly mature markets like Europe, electric vehicles serve as the entry point that gives us more competitiveness. In emerging markets, we focus on intelligent connected vehicles," said Yu.

By 2025, SAIC plans to achieve the goal of selling 1 million vehicles overseas annually, including 100,000 own-brand vehicles in the European market, said Yu.

Currently, SAIC's own brands MG and MAXUS are present in more than 10 European countries, including the United Kingdom and France.

From January to July, a total of 120,000 automobiles worth 14.04 billion yuan ($2.1 billion) had been exported through the Shanghai port, up 24.5 percent and 18.6 percent respectively on a yearly basis, according to Shanghai Customs.