BUSINESS Sales of Chinese-brand passenger vehicles up in August

Sales of Chinese-brand passenger vehicles up in August 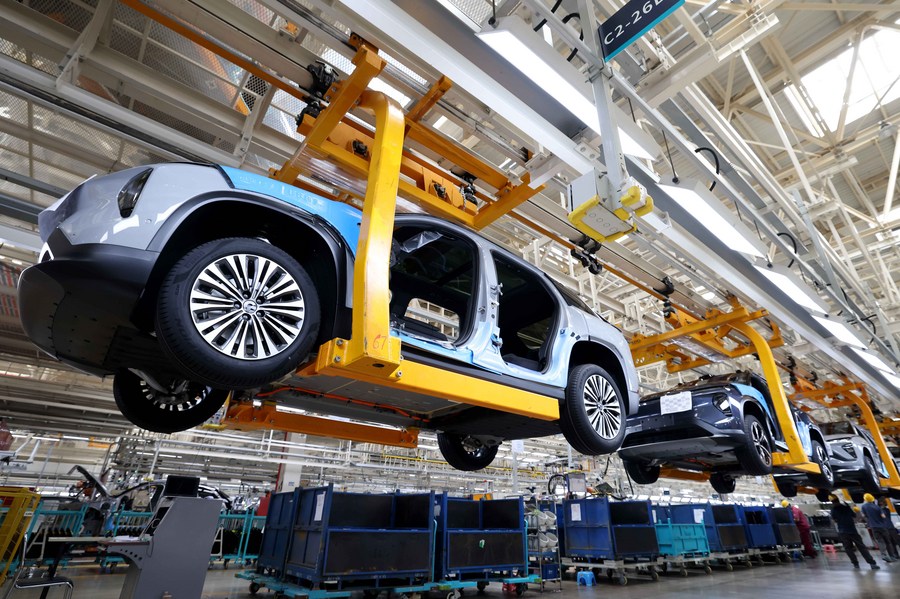 Sales of Chinese-brand passenger vehicles continued to rise at a fast clip in August, surging 45.3 percent year on year, data from the China Association of Automobile Manufacturers shows.

Some 1.03 million Chinese-brand passenger vehicles were sold last month, accounting for 48.4 percent of the country's total passenger car sales in August, according to the association.

In the first eight months of the year, sales of domestic auto brands rose 24.5 percent year on year to near 7 million units, accounting for 47.8 percent of China's total passenger car sales in the period and up 4.9 percentage points from the same period in 2021.

In the niche sport utility vehicle market, the market share occupied by Chinese brands rose to 52.3 percent in August and 54.4 percent in the January-August period, the association said.