Tech giant Samsung Electronics on Friday acknowledged a major flaw with its fingerprint system that allows other people to open its top-end smartphones, advising users to delete all registered prints. 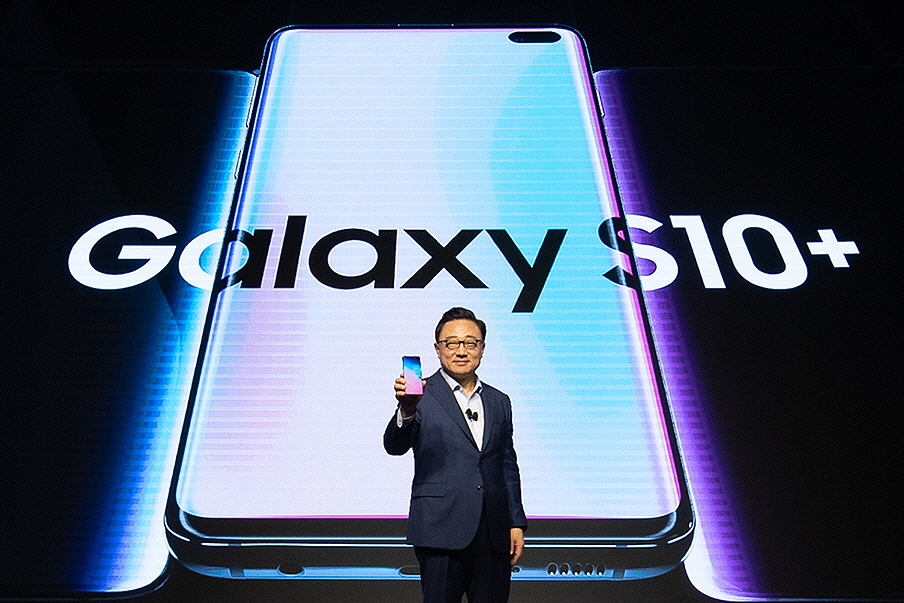 Samsung is the flagship subsidiary of the giant Samsung Group and crucial to South Korea's economic health. The conglomerate is by far the biggest of the family-controlled empires that dominate business in the world's 11th-largest economy.

But it has a history of humiliating setbacks with major products, most notably a worldwide recall of its Galaxy Note 7 devices in 2016 over exploding batteries, which hammered its reputation.

Earlier this year it had to delay the launch of its first foldable smartphone, the Galaxy Fold, after pre-release users found faulty screens.

Samsung's latest problem emerged after a user in the UK told the Sun newspaper earlier this week her Galaxy S10 smartphone could be unlocked by someone else simply by putting on a screen protector and applying an unregistered fingerprint.

The flaw meant anyone who got hold of her phone could transfer funds using her financial apps, the user told the British paper.

The firm advised users of the Galaxy Note10, 10+ and Galaxy S10, S10+, and S10 5G to "delete all previous fingerprints" and register their data anew.

"Please refrain from applying a silicone screen protecting case to your device until a software update, which is planned to be released beginning next week," it added.

The statement was released a day after Samsung said it would soon roll out a fix, but did not specify what the problem was.

"When you place your thumb on the screen, it sends ultrasonic pulses to detect the 3D ridges and valleys of your unique fingerprint to quickly and accurately recognise you," the firm has said about the technology involved.

Kakaobank, South Korea's internet-only bank, has told its customers not to use fingerprints to access its mobile banking services and employ passwords and pattern locks instead until the problem is fixed.