Samsung has come out with smartphone models specifically for Chinese consumers with reasonable prices, AI and powerful cameras, in a bid to regain shares in the world’s biggest smartphone market. 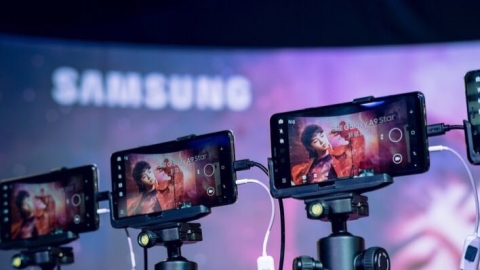 The new A9 Star model features a 24-mega-pixel front camera for selfie fans, artificial intelligence features for camera and picture optimization, and a new technology AMOLED screen. The new models, which are only sold in China, cost from 1,999 yuan (US$317), only one-third of Samsung’s flagship S9 products.

Through the new models, Samsung aims to “meet the real demands” of young consumers in China. Popular singer Hua Chenyu was enlisted to promote the new models in the domestic market.

AI technologies have been adopted in Samsung’s new models. The new software can optimize pictures in a customized way by age, gender and skin, after its AI “learns” data of beauty information. Meanwhile, a Siri-like smart intelligence tool called Bixby is available in the new models, which will start selling on June 15.