BUSINESS Samsung is allowed to supply Huawei with display panels, but not microchips

Samsung is allowed to supply Huawei with display panels, but not microchips 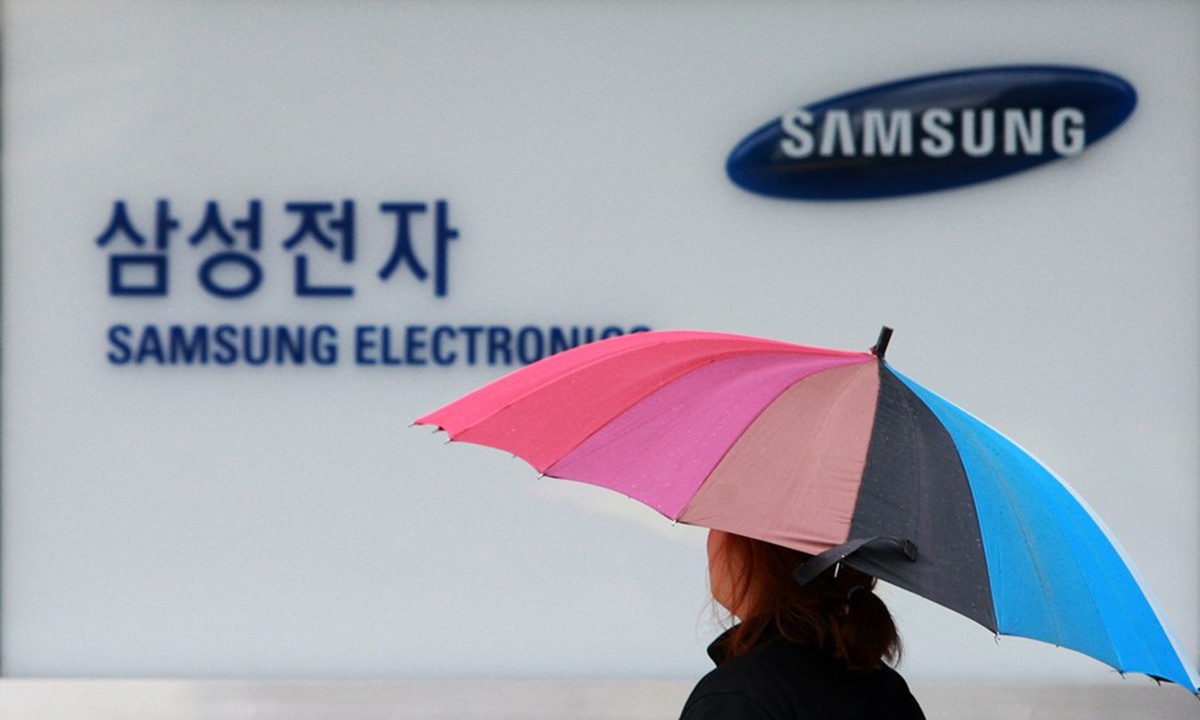 The Trump Administration's attack on Huawei seems to shift gears after it found the firm could not be killed off. The US government is now granting certificates to selected firms supplying certain products to Huawei, and Washington is likely to give green light to more suppliers in the future, industry analysts say.

Samsung Electronics' display units received licenses from US authorities to continue supplying certain types of display panels to Huawei, Reuters reported on Tuesday, citing a source familiar with the matter.

It is still unclear whether Samsung Display will be able to export its OLED panels to Huawei as other firms in the supply chain making components necessary to manufacture panels would also have to get US licenses, said the report.

"It's a sign of the ban easing, but still cannot solve any key problems for Huawei, since Chinese firms like BOE can also produce good-quality OLED panels, which are already used by Huawei," Ma Jihua, a veteran industry insider and close follower of Huawei, told the Global Time on Tuesday.

"But one thing is for sure - the US government is readjusting its strategy on Huawei - easing its ban on those sectors that will not threaten its technology dominance, but continuing to prevent them from growing bigger and progressing up the chain," Ma added.

So far, other than Samsung, Intel and AMD were reported to have obtained US licenses to provide (computer) chips to Huawei. The licenses for Intel and AMD mainly function as a fix for Huawei's laptop products, but may not help with the company's high-end smartphone segment - Huawei's main revenue source.

Taiwan Semiconductor Manufacturing Co (TSMC), the world's largest contract chipmaker, has also reportedly obtained a permit from the US Department of Commerce to sell a limited supply of "mature process nodes" to Huawei.

Analysts cautioned that "mature" nodes meaning older products — such as 28nm or similar semiconductors that Huawei no longer requires. Instead, key 7nm or 5nm chips that are in urgent demand by Huawei are banned.

"Huawei's high-end smartphone sector is at risk as a result of the US government's chips curb," Ma said.

"Huawei faces a difficult time - we are suffering from the US government's third round ban," Richard Yu Chengdong, CEO of Huawei's Consumer Business said on October 22, when the firm launched its brand-new Mate 40 series, also likely the last of its high-end smartphones.

While the fate of its phone chips remains uncertain, observers believe Huawei should be able to continue its 5G equipment business, since the firm has already accumulated an ample supply of chips for its advanced 5G base stations, and global operators should "have faith" in the technology firm at this critical time for 5G.

According to media reports, TSMC managed to produce 2 million microchips for Huawei's 5G base stations, before the chip ban policy took effect.

"The 2 million chips will be enough for Huawei to establish and maintain 5G base stations both domestically and globally, and able to sustain several years of 5G construction," Ma said.

An industry insider close to the company told the Global Times that Huawei is "evaluating multiple plans" for coping with the US government ban, adding that "Huawei has more ways than some might have expected."

"The whole industry needs a heavyweight customer like Huawei, especially when the pandemic continues to cast a shadow over other countries," said the individual, adding that the granting of the US licenses could also be viewed as a "goodwill gesture" to industry players.