Samsung Electronics is the flagship subsidiary of the giant Samsung group, by far the largest of the family-controlled empires known as chaebols that dominate business in South Korea, the world's 12th-largest economy.

The conglomerate is crucial to the South's economic health -- its overall turnover is equivalent to a fifth of the national gross domestic product.

"Solid sales of smartphones and consumer electronics outweighed lower earnings from semiconductors and displays," the firm said in an earnings report. 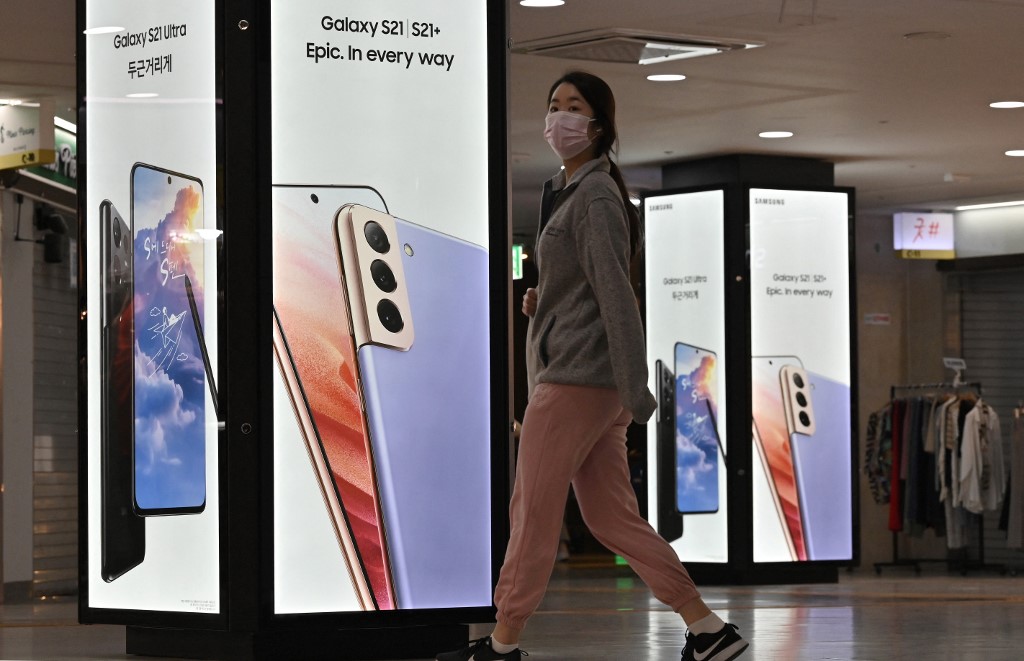 This picture taken on April 28, 2021 shows a woman walking past an advertisement for the Samsung Galaxy S21 smartphone at an underground shopping area in Seoul. (Photo: AFP)

The figures came a day after Samsung's controlling Lee family announced plans to pay more than $10 billion in inheritance taxes following the death last year of chairman Lee Kun-hee -- one of the world's biggest-ever such settlements -- and donate a vast trove of art including works by Picasso and Monet.

The coronavirus has wreaked havoc with the world economy, with lockdowns and travel bans imposed around the globe for many months.

But the pandemic -- which has killed more than two million people worldwide -- has also seen many tech companies boom, including Samsung.

Coronavirus-driven working from home has been boosting demand for devices powered by Samsung's chips, as well as home appliances such as TV and washing machines.

"But once the coronavirus situation improves with the distribution of vaccines, the growth of home appliances will be slower than 2020 as people spend more time outdoors," he added.