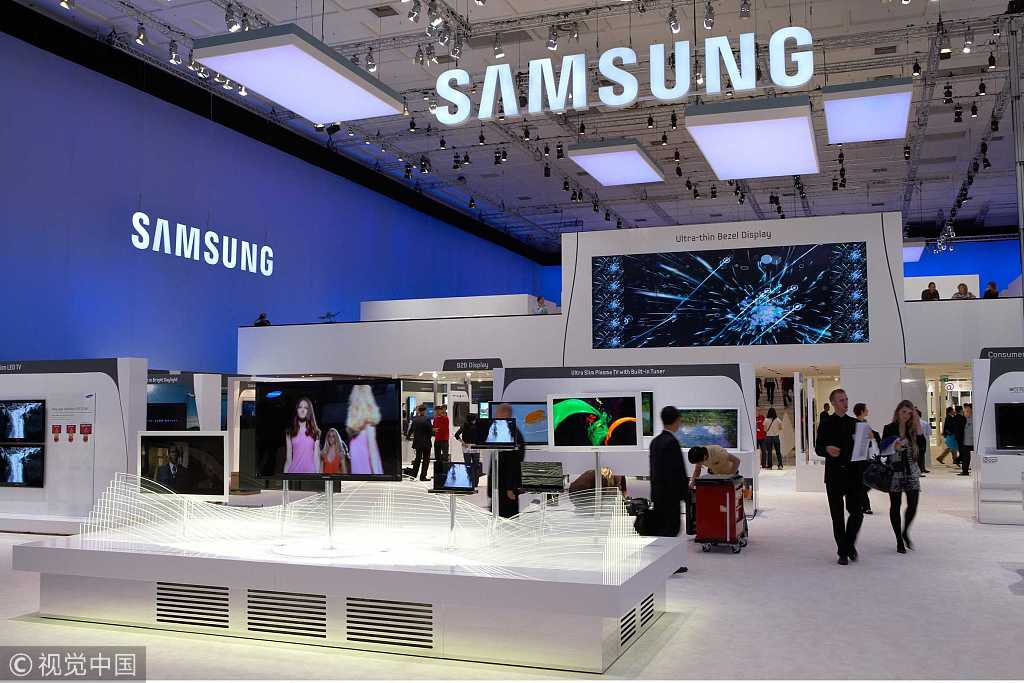 Samsung's operating profit reached a fresh high of 17.5 trillion won ($15.5 billion) in the July-September quarter, up 20.4 percent from a year earlier.

It was the biggest-ever quarterly profit in the company's history, surpassing the market expectations of around 17.2 trillion won ($15.3 billion). The previous high was 15.64 trillion won ($13.8 billion) tallied in the first quarter of this year.

Revenue increased 4.8 percent over the year to 65 trillion won ($57.5 billion) in the third quarter. It was up 11.2 percent from the previous quarter.

The results were preliminary. The net income and detailed profits of each business were scheduled to be disclosed later this month after audit and approval by the board of directors.

The ratio of operating profit to revenue reached a new high of 26.9 percent in the third quarter, topping the prior high of 25.8 percent recorded in the first quarter.

Samsung's third-quarter operating profit accounted for about one-third of the total profits made by all listed local companies.

The company's revenue was forecast to reach 250 trillion won ($221 billion) in 2018, being equivalent to over 14 percent of South Korea's nominal gross domestic product (GDP) last year.

If the estimate is right, Samsung's semiconductor division would log a new quarterly profit in the third quarter. The division's ratio of operating profit to revenue may have recorded a whopping 53 percent, market watchers said.

Operating profit in the IT and mobile unit, which makes smartphones, was estimated at about 2 trillion won ($1.77 billion) in the quarter on weak demand for Samsung's new flagship smartphones released this year. It was slightly down from a year earlier.

The display panel unit was estimated to have recorded an operating profit of around 1 trillion won ($884 million), while the profit of consumer electronics division estimated at some 600 billion won ($531 million).

Despite the record earnings, concerns remained as the chip-making unit's profit made up almost 80 percent of the total.

Price for memory chip, Samsung's best-selling product, was forecast to fall in the fourth quarter, while uncertainties lingered over the overall export amid the trade conflict among major economies.