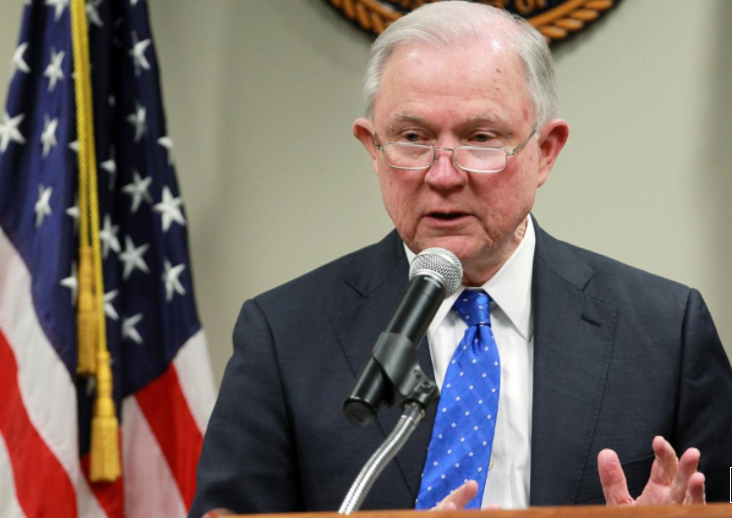 United States Attorney General Jeff Sessions visits families of opioid overdose victims at the US Attorney's Office for the Eastern District of Kentucky in Lexington, Kentucky, US March 15, 2018. (Photo: Reuters)

The city of San Francisco filed a lawsuit against US Attorney General Jeff Sessions on Thursday, asking a federal court to overturn his December decision to revoke legal guidance designed to protect minorities, the indigent and disabled.

City Attorney Dennis Herrera said in a statement that his lawsuit focuses on six of the 25 different legal memos that Sessions rescinded, and accused the Trump administration of “trying to gut protections for the poor, people of color and people with disabilities under the guise of regulatory reform.”

A spokesman for Sessions did not have any immediate comment on the lawsuit filed in the US District Court for the Northern District of California.

In December 2017, Sessions announced he was doing away with legal guidance that he deemed to be “unnecessary, inconsistent with existing law, or otherwise improper.”

One such document, for instance, gave guidance on how state and local governments should accommodate disabled employees and integrate them into the work place, in order to protect them from discrimination and comply with a Supreme Court decision related to the Americans with Disabilities Act.

Another cited the need to tread with care before imposing fines on juveniles who cannot pay them and how fines could lead to repeat offences.

Thursday’s lawsuit challenges the decision to rescind the memos under the arcane Administrative Procedure Act, or APA, which governs the process the federal government must follow when drafting new regulations.

The lawsuit alleges that the Justice Department erred by failing to seek public comment before rescinding the documents, or providing a basis for the decision.