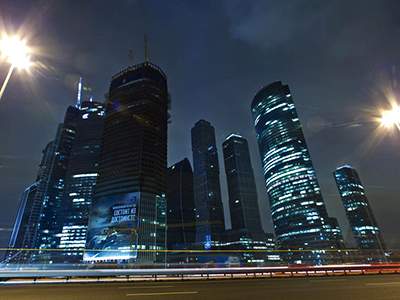 Three Russian tycoons targeted by a new list of US sanctions may have lost a combined $7.5 billion since the list was announced, according to Reuters calculations based on price moves in the listed companies the three co-own.

The US Treasury on April 6 announced sanctions on seven Russian oligarchs and 12 companies they own or control, saying they were profiting from a Russian state engaged in “malign activities” around the world.

The news hit Russian markets, denting the rouble and sending shares in four publicly listed companies with links to those sanctioned plummeting both in Russia and elsewhere: Rusal, EN+ Group, GAZ group and Polyus.

In US dollar terms, Deripaska may have lost $4.56 billion in four trading days, Vekselberg could have lost $1.32 billion, and Kerimov appeared to have lost $1.58 billion, Reuters’ calculations showed.

Reuters calculated the change in capitalization of the four publicly traded companies they are linked to from just before the sanctions announcement up to the close of trade on Wednesday. It then adjusted the figures based on the stakes the three own in the firms and used the central bank’s exchange rate set for April 11.

The numbers do not include possible losses related to companies sanctioned by Washington but which have no market listings.

The latest sanctions have increased overall risk-aversion towards Russian assets, while hitting the companies named on the list especially hard.

The main reason for steep drops in the companies’ prices is that the sanctions require investors subject to US jurisdiction to ditch the stocks by May 7.

Shares in EN+ Group, Deripaska’s company listed in London late last year, had fallen 50.8 percent by Wednesday’s close compared with late last Thursday on the eve of the sanctions.

Russian billionaire Vekselberg and his partners also own a 26.5 percent stake in Rusal, the world’s second-largest aluminum producer.

Shares in Russia’s GAZ group, a manufacturer of light commercial vehicles in which Deripaska owns a 65 percent stake, had shed 9 percent by Wednesday evening from last Thursday’s close on the Moscow Exchange.

Shares in Polyus, Russia’s largest gold producer, in which the family of sanctioned tycoon Kerimov owns an 82 percent stake, dropped 20.3 percent by Wednesday’s close on the Moscow Exchange compared with Thursday’s close a week ago.

Polyus itself was not included in the sanctions list.

The $7.5 billion figure is a gross loss not including one-off moves to minimize the sanctions impact such as Vekselberg’s reduction of his stake in Swiss pumpmaker Sulzer, news of which lifted Sulzer shares 15 percent on Thursday.