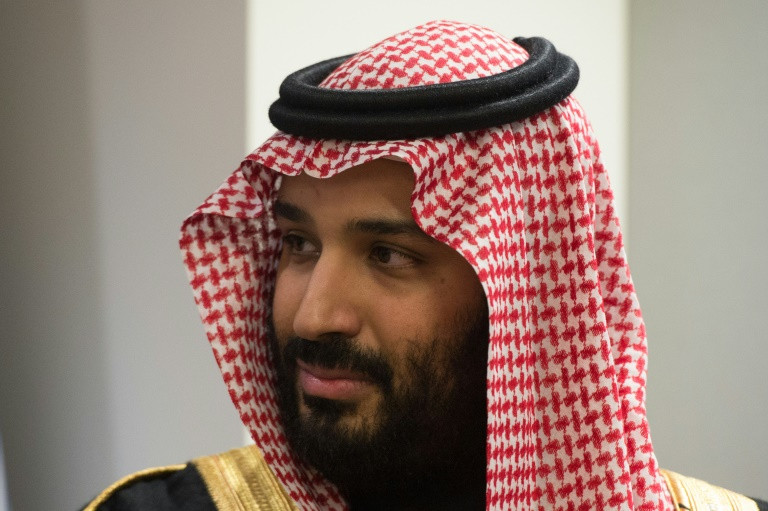 The solar project deal was signed on the sidelines of a US visit by Saudi Crown Prince Mohammed bin Salman (Photo: AFP)

Saudi Arabia and Japan's SoftBank will partner to develop a massive, multi-billion-dollar solar project in the kingdom that could generate 200 gigawatts by 2030, SoftBank said Wednesday.

The deal was signed on the sidelines of a US visit by Saudi Crown Prince Mohammed bin Salman, who has undertaken a whirlwind of economic and social reforms in recent months.

SoftBank will invest in the project through its $100-billion SoftBank Vision Fund, created in 2016 with money from Saudi Arabia's sovereign wealth fund and others.

The project aims to generate "200 gigawatts by 2030 from various (solar) farms all over the country, with a first phase of 7.2 gigawatts," SoftBank spokesman Matthew Nicholson told AFP.

"Building will start this year," he added, with operations expected to start from 2019.

The entire project cost is expected to run to $200 billion, with the first phase costing $5 billion.

SoftBank's Vision Fund will provide $1 billion for the first phase, with the rest coming from project financing, Nicholson said.

Speaking to journalists in New York, SoftBank CEO Masayoshi Son described the solar plan as the "by far the largest solar project ever", according to video of the event distributed by Bloomberg.

He said the sale of electricity produced by the first phase of the project would help finance successor stages, and that while solar panels would initially be imported, a factory to produce them locally would be built in the kingdom in two or three years.

Saudi Arabia and other Gulf monarchies have been examining ways to cut their energy bills and diversify power sources away from oil, their main export commodity.

Riyadh has set a target of 9.5 gigawatts of renewable energy by 2023.

Virtually all of Saudi Arabia's power currently comes from oil or natural gas.