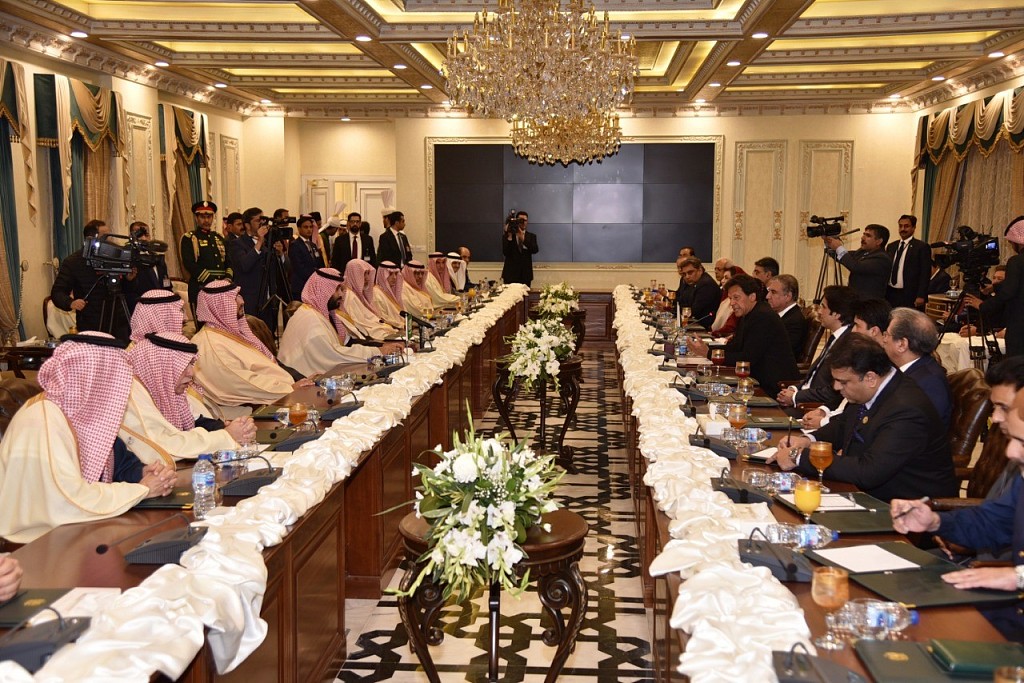 One of the agreements is about Saudi Arabia's Aramco-run refinery in the Pakistani port of Gwadar, one of the world's largest refineries, at a value of 10 billion US dollars.

"Pakistan is a dear country to the Saudi people and we will be partners as we have always been," Al Arabiya quoted the Saudi crown prince as saying.

Saudi Arabia and Pakistan are working together to expand economic partnership, particularly in the tourism sector, he added.

The Saudi crown prince is currently on a two-day official visit to Pakistan, the first leg of his Asian tour starting on Sunday. He is scheduled to visit China and India later.