Saudi Aramco readies for IPO with deal with India’s Reliance 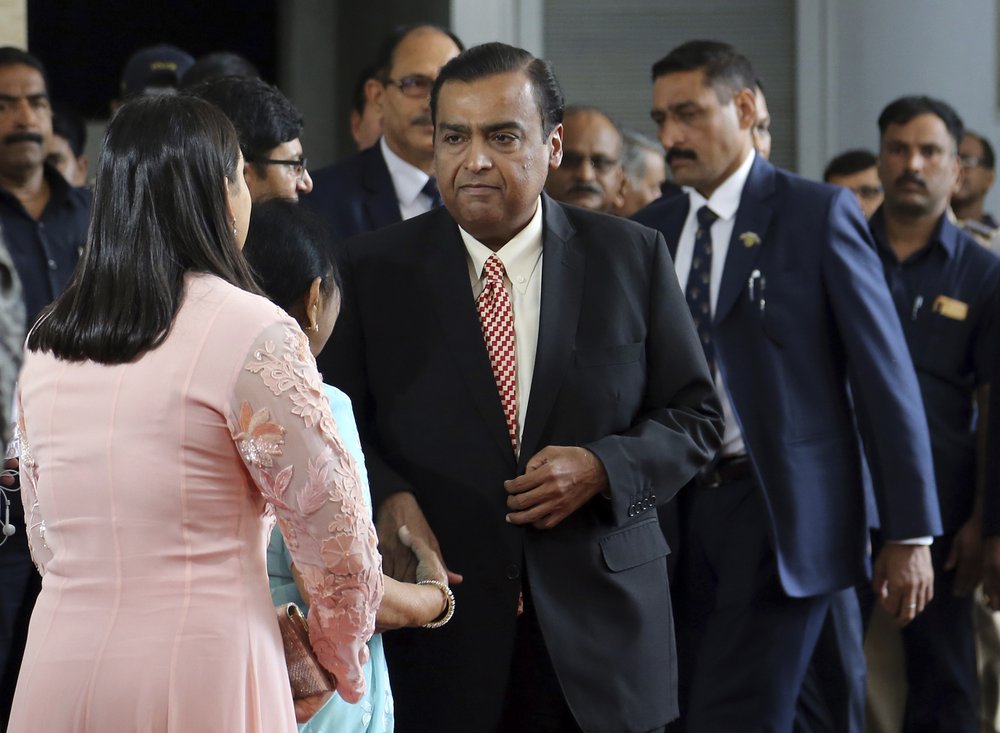 Oil giant Saudi Aramco is set to buy 20% of Indian conglomerate Reliance Industries’ oil and chemicals business for about $15 billion, in a deal that gives it further heft and diversity ahead of a long-awaited IPO.

For India, the preliminary agreement amounts to one of the country’s largest foreign direct investments.

Reliance Chairman Mukesh Ambani on Monday told an annual meeting of shareholders that Aramco will also supply Reliance’s Jamnagar refineries with 700,000 barrels of oil a day on a long-term basis. The refining complex has a capacity to process 1.4 million barrels per day.

The deal includes refining and petrochemicals, helping to diversify the business operations of Aramco, which has been traditionally focused on pumping oil out of the Middle East.

The state of Aramco’s operations and finances, which has been secret for most of the company’s recent history, is under intense scrutiny as investors prepare for the IPO. The company has started reporting earnings and raised money in a bond offering, giving a glimpse into its business.

Among some analysts’ concerns is that it might be too exposed to the business of pumping oil or to the political climate in Saudi Arabia, where King Salman and his son, Crown Prince Mohammed bin Salman, who have taken a much more active role in controlling power centers.

Aramco is the most profitable in the world, posting bigger profits than the likes of Apple or Exxon and making it a potentially interesting investment target. On Monday, the company said it made $46.9 billion in the first half of this year, down about 11% from a year earlier due to a global decline in the price of crude oil.

It did not shed any further light on when the IPO might be held. Its head of finance, Khalid Al-Dabbagh, told analysts on a call Monday that “the company is ready for the IPO,” but that its timing was up to shareholders - the Saudi kingdom - and they have not yet decided.

Meanwhile, Reliance will also sell about half of its fuel retail business to global oil major BP for 70 billion rupees ($1 billion). Last week, Reliance said it was forming a fuel retailing joint venture with BP in which Reliance would own a 51% stake.

“We have a very clear road map to becoming a net zero debt company within the next 18 months,” he said.

Reliance’s deal with Aramco covers all of Reliance’s refining and petrochemicals assets as well as the remainder of the stake the company has in its fuel retailing business after selling 49% to BP, Ambani said.Reliance’s existing 1,400-odd gasoline pumps as well as 31 aviation fuel stations will be transferred to the new joint venture in which BP will hold a 49% equity stake. Reliance aims to expand the retail network to 5,500 gasoline pumps in the next five years, PTI said.