Saudi Aramco said it would start taking bids from investors on November 17 in a highly anticipated stock offering, as it released a prospectus that did not disclose the size of the sale or the pricing range. 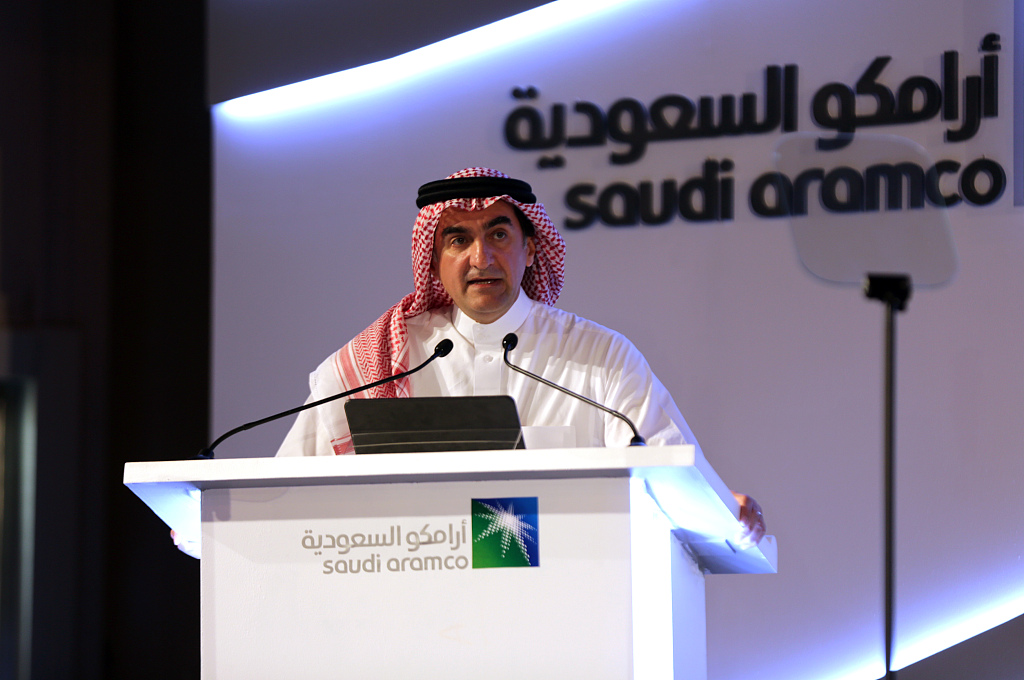 The 658-page document said the final share price would be determined on December 5, a day after subscriptions close, in what is expected to be the world's biggest initial public offering.

After years of delays and false starts, Aramco officials last week announced a share sale on the Riyadh stock exchange for the world's most profitable company, which pumps 10 percent of the world's oil.

The prospectus, released just before midnight Saturday, said the state giant would sell up to 0.5 percent of its shares to individual investors but that it had still not decided on the percentage for larger institutional buyers.

Saudi investors appear keen on the prospect of owning a piece of the company, seen as the kingdom's economic crown jewel, despite concerns over the future of oil and the firm's valuation and governance.

The firm said it had hired a host of international banking giants including Citibank, Credit Suisse and HSBC as financial advisors and bookrunners.

In its push for transparency, the secretive company's prospectus also highlighted risks including the potential for terrorist attacks, the possibility of antitrust legislation and climate change concerns that could reduce global demand for hydrocarbons.

"The disclosure, transparency combined with the global research and analysis that it will provoke is in itself of major value to the kingdom and the company," said Ali Shihabi, founder of the now-shuttered pro-Saudi think-tank Arabia Foundation.

However key details were missing from the prospectus, including the company's valuation and how much Aramco expects to raise from the IPO.

It is unlikely to hit its $100 billion target, based on a $2 trillion valuation that de facto ruler Crown Prince Mohammed bin Salman had initially hoped for.

Investment research firm Bernstein estimates the valuation could fall between $1.2 and $1.5 trillion.

Based on a $1.5 trillion valuation, a two percent stake sale would help Aramco raise $30 billion.

Saudi Arabia is pulling out all the stops to ensure the success of the IPO, a cornerstone of Prince Mohammed's ambitious plan to steer the economy away from oil by pumping tens of billions of dollars into a host of megaprojects and non-energy industries.

The government has reportedly pressed wealthy Saudi business families and institutions to invest, and many nationalists have labelled it a patriotic duty.

Aramco had initially been expected to sell a total of five percent on two exchanges, with a first listing of two percent on the kingdom's Tadawul bourse, followed by a three percent listing on an overseas exchange.

But the firm has said there are no current plans for an international stock sale, indicating that the long-discussed goal of a second offering on a foreign bourse had been shelved for the time being.

Even for the domestic listing, there are reports the firm is struggling to attract foreign institutional investors, amid a bearish outlook for the energy sector and questions over company disclosures and governance.

Norway's sovereign wealth fund, the world's largest, does not plan to invest in Aramco, a Norwegian official told AFP.

Investors are also concerned about geopolitical risks. The news of the listing comes just weeks after crippling attacks on the heart of Aramco's facilities briefly halved its output as tensions spiked with Iran.

The company, a cash cow that catapulted the kingdom to become the Arab world's biggest economy, also holds enormous appeal for retail investors.

Many Saudis appear to be tapping lenders and selling personal assets to raise money to invest in the share sale.

Aramco last year posted $111.1 billion in net profit. In the first nine months of this year, its net profit dropped 18 percent to $68.2 billion.