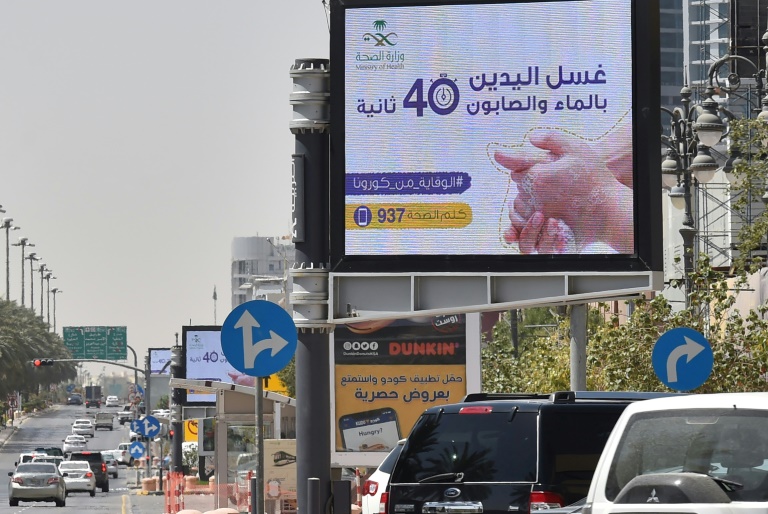 Saudi is raising VAT from 5 percent to 15 percent as the kingdom seeks to generate revenue due to the slump in oil prices. (Photo: AFP)

Saudi Arabia unveiled plans Monday to triple its value added tax and halt monthly allowances to citizens as part of a series of austerity measures amid record low oil prices and a coronavirus-led economic slump.

The measures, which state media said would boost state coffers by 100 billion riyals ($26.6 billion), come as the government steps up emergency plans to slash spending to deal with the twin economic blow.

The austerity drive could stir public resentment amid an already high cost of living and intensify scrutiny of lavish multi-billion dollar state projects and expenditure including the proposed purchase of English football club Newcastle United.

"It has been decided the cost of living allowance will be halted from June 2020 and VAT will be raised from 5 percent to 15 percent from July 1," Finance Minister Mohammed al-Jadaan said in a statement released by the official Saudi Press Agency.

Jadaan insisted the measures were necessary to shore up state finances amid a "sharp decline" in oil revenue as the coronavirus pandemic saps global demand for crude.

The government was also "cancelling, extending or postponing" expenditure for some government agencies and cutting spending on projects introduced as part of the ambitious "Vision 2030" reform programme to diversify the oil-reliant economy, the minister added.

In an apparent effort to sweeten the bitter pill, state energy giant Aramco slashed domestic fuel prices by nearly half starting from Monday.

The savings from the austerity measures are unlikely to plug the kingdom's huge budget deficit, which the Saudi Jadwa Investment group forecast would rise to a record $112 billion this year.

The finance minister last week warned of "painful" and "drastic" steps to deal with the double shock of the novel coronavirus and record low oil prices.

Saudi Arabia, the top crude exporter and the Arab world's biggest economy, has shut down cinemas and restaurants, halted flights, and suspended the year-round umrah pilgrimage in a bid to contain the deadly virus.

Saudi Arabia, along with other Gulf states, imposed a five percent tax on goods and services in 2018 in a bid to generate additional revenue.

The petro-state had also introduced a cost of living allowance for its citizens of 1,000 riyals ($266) each per month -- handouts totalling billions of dollars -- to cushion the impact of rising costs.

The International Monetary Fund in April projected that the Saudi economy would contract by 2.3 percent this year.

Riyadh has posted a budget deficit every year since the last oil price rout in 2014.

Jadaan has said he expected Riyadh could lose half of its oil income, which contributes about 70 percent of public revenues, as crude prices have fallen two-thirds since the start of the year.

He said the world's leading crude exporter would borrow close to $60 billion this year to plug the budget deficit.

The austerity measures are likely to increase criticism of the government's multi-billion dollar push to host entertainment and sporting extravaganzas as part of economic diversification plans.

Also under the spotlight is a proposed £300 million ($372 million) Saudi-backed takeover of Newcastle United.

"Saudi citizens are starting to feel the economic impact of the virus in a concrete way," said Middle East expert Yasmine Farouk from the Carnegie Endowment for International Peace.

"With hardship will come more scrutiny of state spending elsewhere including the purchase of a football team and millions spent on entertainment events."

Crown Prince Mohammed bin Salman's other ambitious plans to wean the economy away from oil remain vulnerable to austerity measures.

But it remains unclear whether the prince's dream project NEOM -- a $500 billion megacity set to be built from scratch along the kingdom's picturesque western coast -- will be impacted.

The plans hit a new roadblock last month when a member of the local Huwaitat tribe was killed in a shoot out with state forces, after he refused to give up his land for the project.

Campaigners said many other members of the Bedouin tribe were detained for spreading anti-displacement slogans and refusing to sign relocation documents, in a rare domestic clash with the government that has a reputation for crushing dissent.