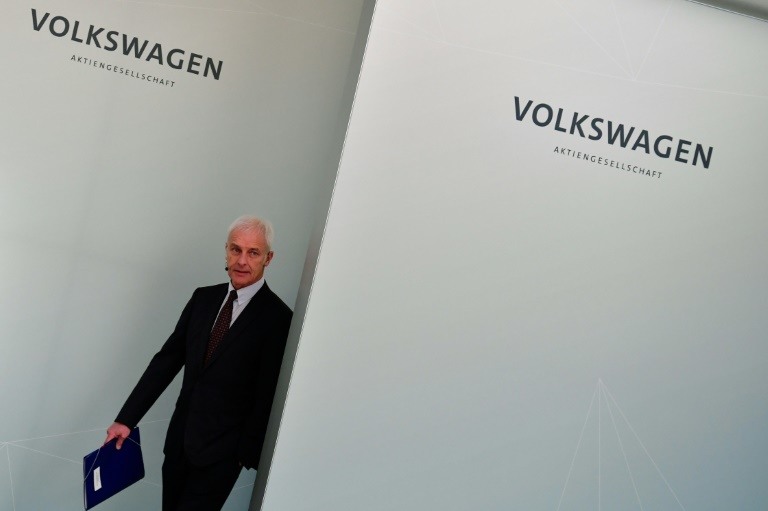 German car giant Volkswagen is set to replace its chief executive Matthias Mueller Thursday, as it struggles to move on from the "dieselgate" emissions scandal that has mired the company since 2015.

The supervisory board of the world's leading carmaker will meet a day ahead of schedule and will announce its decisions in a statement, a source close to the company told AFP late Wednesday.

Volkswagen on Tuesday announced it was considering reshuffling its board and replacing Mueller, in a move that sent stocks in the company surging.

Mueller had "signalled he was open to play a part in the changes" in conversations with supervisory board chief Hans Dieter Poetsch, the company said in a statement.

German business newspaper Handelsblatt and national news agency DPA reported Herbert Diess, head of the VW brand -- one of the group's 12 makes of cars, trucks and motorbikes -- was slated to take Mueller's place.

Mueller, a former chief executive of sportscar-building VW subsidiary Porsche AG, was brought in to replace Martin Winterkorn in 2015 and was contracted to serve until 2020.

Mueller has chivvied the mammoth carmaker into a massive restructuring, aiming to offer electric versions of many of its models and slim down its operations over the coming decade.

But he himself has landed in prosecutors' sights over suspicions he may have known about the diesel cheating before it became public and failed in his duty to inform investors.

Dieselgate has cost VW more than 25 billion euros ($31 billion) in buybacks, fines and compensation, and the carmaker remains mired in legal woes at home and abroad.

"The most important part of getting the crisis under control is over now, so it's right for VW to look in a new direction," judged analyst Juergen Pieper of Metzler bank.

Diess, known as a "very good cost manager" with experience at BMW, would be "the best solution as a successor for the next five years," he added.