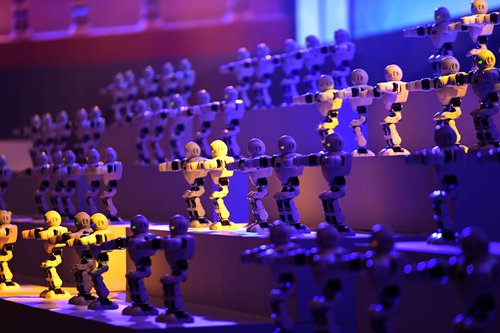 The debates held in 2001 and 2018 on "what is strangling" China's industries have given a special meaning to the last 18 years. Much has changed in this time, but while China might still feel "strangled" by its dependency on overseas technologies, the sectors affected are very vast, which shows that China has advanced steadily and challenged foreign technological monopolies.

At the IFA Consumer Electronics Fair which opened recently in Berlin, Germany, Chinese telecom manufacturer ZTE announced its first flagship smartphone and its newest "5G equipment solution" after the lifting of a US-imposed export ban on the company.ZTE was the first target of the US government in its ongoing trade war with China and has been forced to pay out up to $1.4 billion in order to survive. But more importantly, this incident has made the Chinese people wake up and realize that China, in many leading industries, lags behind.Three days after the ban on ZTE, the Science and Technology Daily (STD) released a special news article, titled "What is strangling us?" Citing 35 special reports, the column systematically explained to the nation which core industrial sectors in China still rely on foreign technology.Many do not know that back in 2001 and 2002, the STD had already published a series of special reports on the exact same theme.Different focusesThe original series issued by the STD in 2001 included 21 articles, while this year 35 articles were published on the topic. What is different about the two is that the 21 articles in the original series had a whole industry as the unit of analysis, each article analyzing one industry. This year's series, however, goes into more detail, with every article analyzing one particular technological chokepoint of some industry, which is more in line with the "strangling" theme.One 2001 article analyzed the coal industry, concluding that there were structural inefficiencies, low mechanization and high rates of accidents. The impression the article gave was one of generalized backwardness.In contrast, one of the 2018 articles is much more focused on specific technologies. One piece looks at autonomous driving and finds that China's autonomous driving research is being hampered by a reliance on foreign Lidars, a critical component. More precisely, it says that China lacks its own transmitting and receiving of chips, noting that there are some home-made ones being developed by domestic labs, but they remain in the very early stages."Our industrial base has grown, but it hasn't matured. If it had matured, the US wouldn't dare bully us like this," said Shen Yi, head of Fudan University's Cyberspace Governance Research Institute."We've reached the stage precisely between growth and maturation. At this stage, we can't expect any more of the kind of great leaps in development we've grown used to. Every step forward now, no matter how small, requires a large amount of thought and effort to achieve," said Shen.Progress madeComparing the two series of articles, we find that many industries analyzed in 2001 such as petroleum, paper or automobile were not mentioned this year. This year's reports analyzed some sectors such as robotics, avionics or rocketry that were not mentioned in 2001.Can it be concluded that the industries that were not mentioned this time are those in which China has overcome all technological problems, so China can now focus on new areas?Wu Yishan, researcher at the Chinese Academy of Science and Technology for Development, gives a more nuanced response. "The focus of the reports is just different, from traditional industries to high-tech sectors. But yes, obviously China has achieved great progress in the last 18 years, for example in areas such as petroleum, construction and civil engineering," said Wu.  This year, the STD published three pieces on industrial robots. Yi Jianqiang, scholar at the Automation Institute of the Chinese Academy of Sciences, told the Global Times that industrial robots have grown strongly in China as the country's manufacturing base has grown and as Chinese labor costs have risen in recent years. Since 2013, China has been the world's biggest market for industrial robots.From lab to mass-productionComparing the two series of articles, one can see that poor craftsmanship and difficulties in transitioning from the lab to mass-production have been common issues affecting many industries over the last 18 years. In the materials sector, for example, one 2001 article on the iron and steel industry points out that the basic bottleneck impeding the progress of China's materials industry was weak basic technology. Fast-forward to 2018, the same problem still exists in China's materials sector. A report published this year on China's aviation steel production wrote that domestic advanced steel is not strong enough to be used on a much-hoped-for domestic aircraft, and still lags behind products from the US or Japan. "Chinese companies, whether private or State-owned, are all willing to import foreign technology, but no one is willing to be the first to try domestic products," said Luo Haiwen, a specialized steel expert and professor at the Beijing Science and Technology University."The best Chinese universities are the least inclined to address the needs of Chinese companies, because their problems have generally been solved by Western companies. Solving these kinds of problems doesn't get your attention at international academic conferences," added Luo.Microchips have been one of the most pressing problems throughout the last 18 years. A piece published in 2001 noted that China's semiconductor industrial base remained weak, and quoted an expert who said that "at present, domestically developed microchips are non-existent."Is that still the case after 18 years? Industry analyst Xiang Ligang answered with a resounding "absolutely not!""With smartphone chips, we can't say we are world-class, but we have made much progress," said Xiang, citing the strong performance of Shenzhen-based Huawei's Kirin series of mobile CPUs.