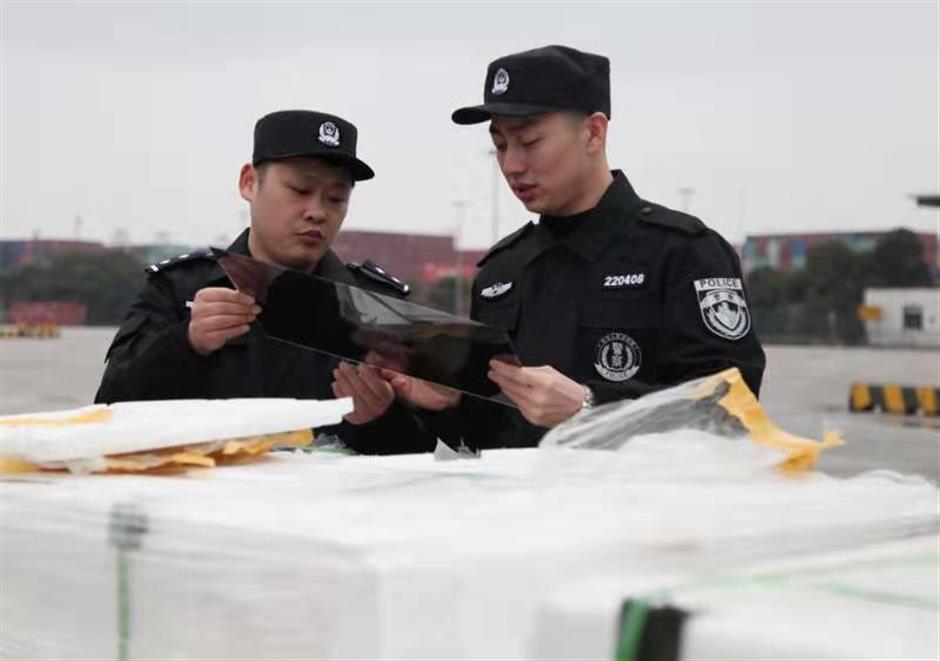 More than 10,000 tons of smuggled LCD screens have been seized. (Photos: Shine.cn)

In June 2018, customs officers seized two suspicious containers at Shanghai’s Waigaoqiao port. The goods inside were declared as LCD screens to be exported after entering the Chinese mainland.

After a further investigation and cooperation with Shenzhen Customs, the smugglers were found bringing high-end LCD screens from Hong Kong through ports in Shanghai and Shenzhen between August 2016 and June 2018. These screens were later taken to Guangdong Province for sale.

Taking advantage of tariff-free policies and favorable added-value taxes for imported goods to be exported, the smugglers made declarations at bonded areas and exported inferior LCD screens instead of the original ones.

At dawn yesterday, more than 220 customs officers were dispatched to cities across the country, including  Dongguan, Chongqing and Ruili. Twenty suspects were captured with over 10,000 tons of LCD screens seized . Over 90 bank accounts used by the suspects were frozen.

The total value involved in these smuggling cases reached 1.6 billion yuan. The case is still under investigation, customs said.

Cover image: Two customs officers check some of the smuggled LCD screens seized from the suspects.