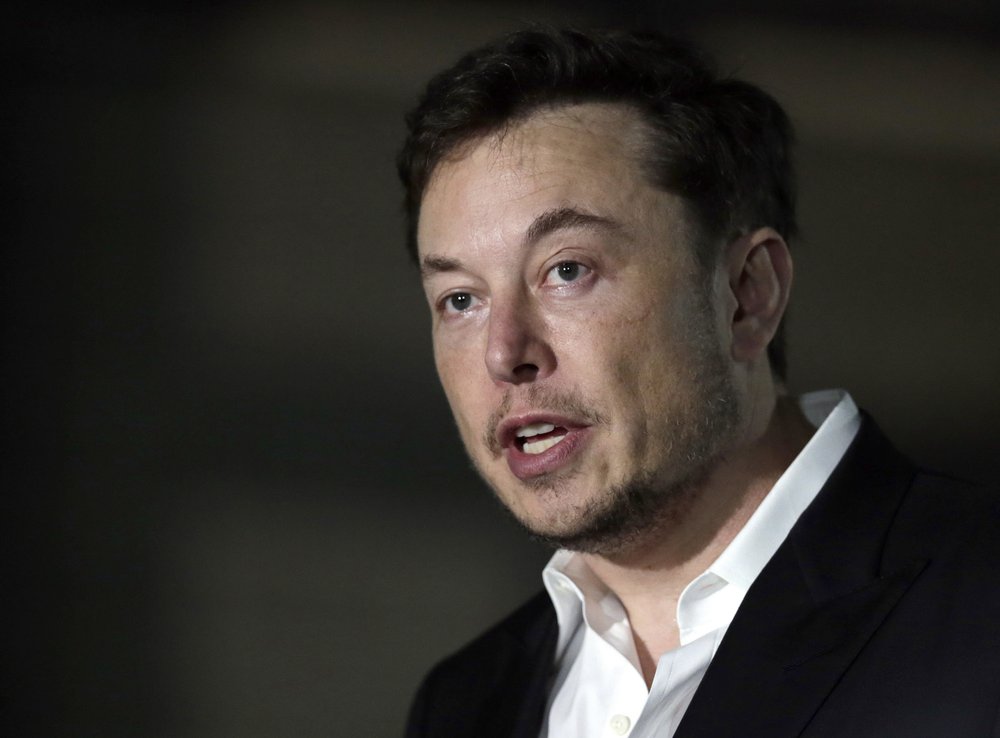 U.S. securities regulators countered Tesla CEO Elon Musk’s contempt-of-court defense Monday night, writing in court papers that he brazenly disregarded a federal judge’s order and that one of his arguments “borders on the ridiculous.”

Lawyers for the Securities and Exchange Commission, in a response to Musk, wrote that when the contempt motion was filed in February, Musk had not had a single tweet approved by a company lawyer, violating a requirement of a court-approved settlement order.

The October securities fraud settlement stemmed from tweets by Musk in August about having the money to take Tesla private at $420 per share. But Musk didn’t have the funding secured. Tesla and Musk each had to pay $20 million in fines and agree to governance changes that included Musk’s removal as chairman.

SEC lawyers led by Cheryl Crumpton wrote in a response to Musk’s defense that he interprets the settlement order as not requiring pre-approval unless Musk decides the tweets are meaningful to investors. The agency said Musk’s argument that tweeting about car production forecasts on Feb. 19 wasn’t material information is nearly ridiculous. “His interpretation is inconsistent with the plain terms of this court’s order and renders its pre-approval requirement meaningless,” the lawyers wrote.

U.S. District Judge Alison Nathan in Manhattan will decide if Musk is in contempt and whether he should be punished. The SEC said no hearing is necessary on the matter “because there appear to be no disputed issues of material fact.”

Musk’s lawyers wrote last week that the Feb. 19 tweet merely restated previously approved disclosures on electric car production. They wrote that the tweet, which was published after the markets closed, neither revealed material information, nor altered the mix of data available to investors.

The lawyers also accused the Securities and Exchange Commission of censorship and of violating Musk’s First Amendment rights by imposing a prior restraint on his speech.

But the SEC lawyers wrote that submitting statements for approval does not mean Musk is prohibited from speaking. “As long as a statement submitted for pre-approval is not false or misleading, Tesla would presumably approve its publication without prior restraint on Musk,” they wrote. The SEC also wrote that Musk waived any First Amendment challenge to the order when he agreed to it.

Musk’s lawyers also argued that the SEC’s motion for contempt is an over-reach that exceeds its authority. But the SEC said enforcement of the order is up to the judge, who has broad powers to enforce court orders.

Also Monday, Musk lawyer, former Enron prosecutor John C. Hueston of Newport Beach, California, asked the court for permission to file another response to the SEC, this one by Friday.

In a one-page letter to the judge, Hueston said the SEC raised new allegations in its reply, which he contends is improper. He called the new assertions “unsupported” and asked to submit documentation about negotiations with the agency “which undermines the newly-presented interpretation the SEC sets forth in its reply.”

Monday’s filing said the Feb. 19 tweet was different from prior public disclosures by the company. Also, Musk has regularly published tweets with “substantive information” about the company and its business, the SEC contended.

Musk’s 13-word Feb. 19 tweet said that Tesla would produce around 500,000 vehicles this year, but it wasn’t approved by the company’s “disclosure counsel,” the SEC has said.

The lawyer quickly realized it and arranged a meeting with Musk to write a correction. The company would make vehicles at a rate of 500,000 per year, but it wouldn’t produce a half-million in 2019.

Musk’s response by Hueston said that the settlement allows Musk “reasonable discretion” to determine if his communications would require the lawyer’s approval. In the case of the Feb. 19 tweet, Musk determined that it did not.

Legal experts say it’s unlikely that Musk will be punished severely, but the commission wants to get on the record that Musk violated the terms, to prepare for any future violations.

The tweet was posted and corrected after U.S. markets had closed, but experts say regulators don’t care much about that because stocks are traded nearly around the clock. Tesla’s stock rose by just $1.10, or less than 1 percent, the next day.