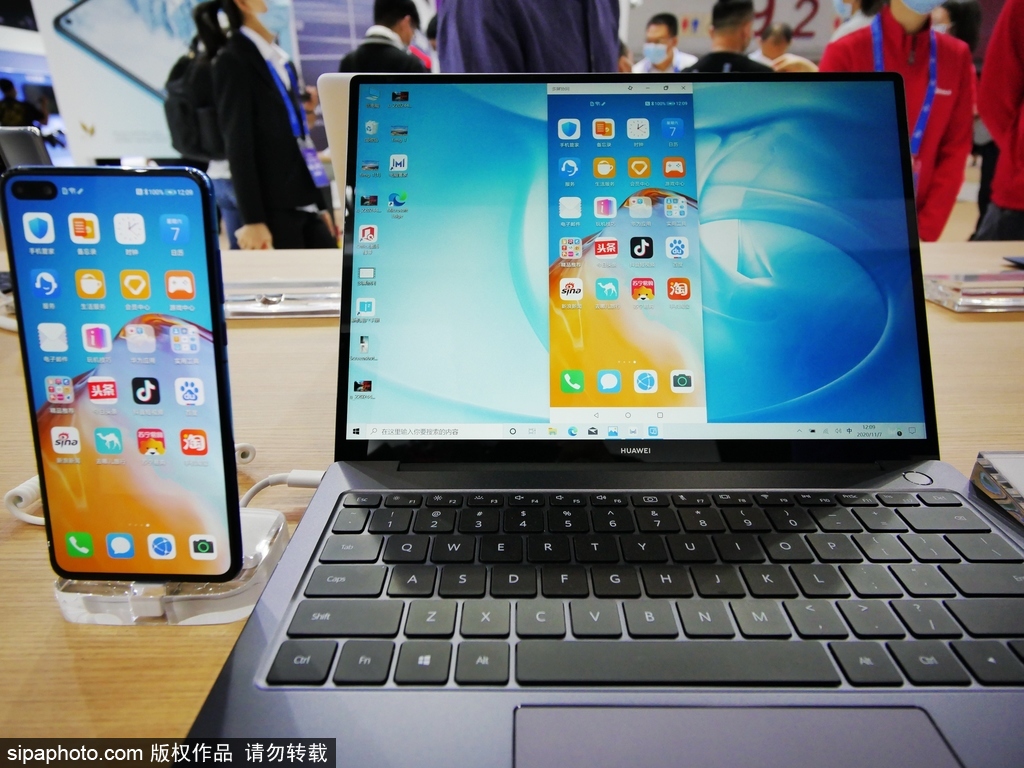 The Huawei smartphones and laptops are seen in a store in Guangzhou, Guangdong province, on Nov 8, 2020. (Photo: Sipa)

Chip shortage across the world has resulted in a price rise in its downstream market - consumer electronics sector, with personal computer, smartphone and home appliance seeing prices adjustment since the beginning of this year, 21st Century Business Herald reported Friday.

In the first three months, the average shipment price of laptops in China rose 6.1 percent from the previous quarter, according to International Data Corporation, a global market research provider.

"The PC industry is expected to witness price increases throughout the whole year," said Liu Jun, president of Lenovo's China branch on a financial report briefing.

Jitesh Ubrani, research manager for IDC's Mobile Device Trackers, said in the analysis that "market continues to struggle with setbacks including component shortages and logistics issues, each of which has contributed to an increase in average selling prices."

PC brands Acer, ASUS, and Lenovo also raised selling prices of some of their laptop products.

Smartphone sector is also affected. Xu Qi, vice-president of Realme, said in a media interview that the high-end chips are in severe shortage, with storage and components' prices surging around 10 percent.

To pay for the cost brought by de-globalization in supply chains, at least $1 trillion investment needed to be injected into the market globally, which would result in a 35 percent price rise in semiconductor, said Xu Zhijun, Huawei's rotating chairman, in April.

Faced with the possible difficulties, Xu called for re-building the cooperation in global industrial chains.

Statistics showed that over 30 companies in semiconductor have adjusted their price since the second quarter, with an increase ranging from 10 to 30 percent.

"The ongoing shortages in the semiconductor space only further prolong the ability for vendors to refill inventory and fulfill orders to customers," said Ryan Reith, program vice-president with IDC's Worldwide Mobile Device Trackers.

Worldwide semiconductor revenue grew to $464 billion in 2020, and is expected to see 5 percent compound growth rate in the five years, IDC's data indicated.

The company held the views that component shortages will likely be a topic of conversation for the majority of 2021, but the more important question should be what PC demand will look like in 2-3 years.