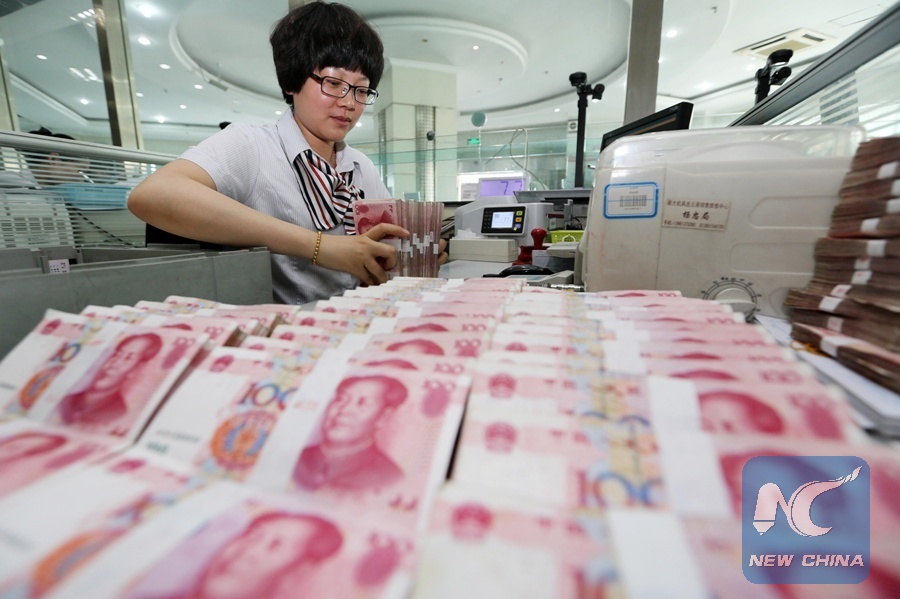 BEIJING, July 30 (Xinhua) -- As China shifts away from old growth drivers, the service industry is now a key growth engine that firmly steers the economy forward amid external uncertainties.

Despite economic complexity both at home and abroad, the steadily expanding service sector has significantly bolstered China's growth and reform progress so far this year, officials and economists said.

In the first half of this year, the service sector saw output grow 7.6 percent year on year, contributing 60.5 percent of the overall economic growth in this period, 23.8 percentage points higher than the contribution of the secondary industry, official data showed.

On back of the strong service sector increase, China's gross domestic product expanded 6.8 percent year on year in the first half of 2018, well above the government's annual growth target of around 6.5 percent.

In the first six months, service enterprises employed 5.2 percent more people than the same period last year, outpacing employment growth in the secondary sector, according to the NBS.

The positive trend is in line with China's massive transformation toward quality development, which is to turn the Chinese economy, once heavily reliant on fixed-asset investment and exports, into a service and consumption-led growth pattern.

In 2017, the service industry accounted for 51.6 percent of the country's GDP and 44.9 percent of total employment.

"By shifting away from old growth drivers and moving up on the global industrial and value chain, China is seeing increasingly higher growth quality," said Wang Jun with China Center for International Economic Exchanges.

Meanwhile, fast-growing domestic demand for services has provided room for further expansion in domestic demand and improving people's livelihoods, according to Jiang Changyun, a researcher with Chinese Academy of Macroeconomic Research, a government think tank.

In the first half of this year, the income of catering industry rose nearly 10 percent year on year, while online retail sales increased by more than 30 percent.

Breakthroughs have also been made in promoting reform and opening up in the service industry, said Jiang.

China has taken steps to improve the development of trade in services, or the sale and delivery of intangible products, including gradually opening up the finance, education, culture, and medical treatment sectors.

The country has opened 120 industries related to service trade to foreign investors, surpassing the goal of 100 industries set when China joined the World Trade Organization nearly two decades ago.

Looking ahead, service business owners are showing booming optimism. In the second quarter, business confidence index for the service sector rose to 123.3, 4.2 percentage points up from a year ago.

As China continues its supply-side structural reform and opening up, Xu said he expects that the business environment will continue to improve, consumption potential will be further unleashed and the service sector will maintain a relatively fast development.