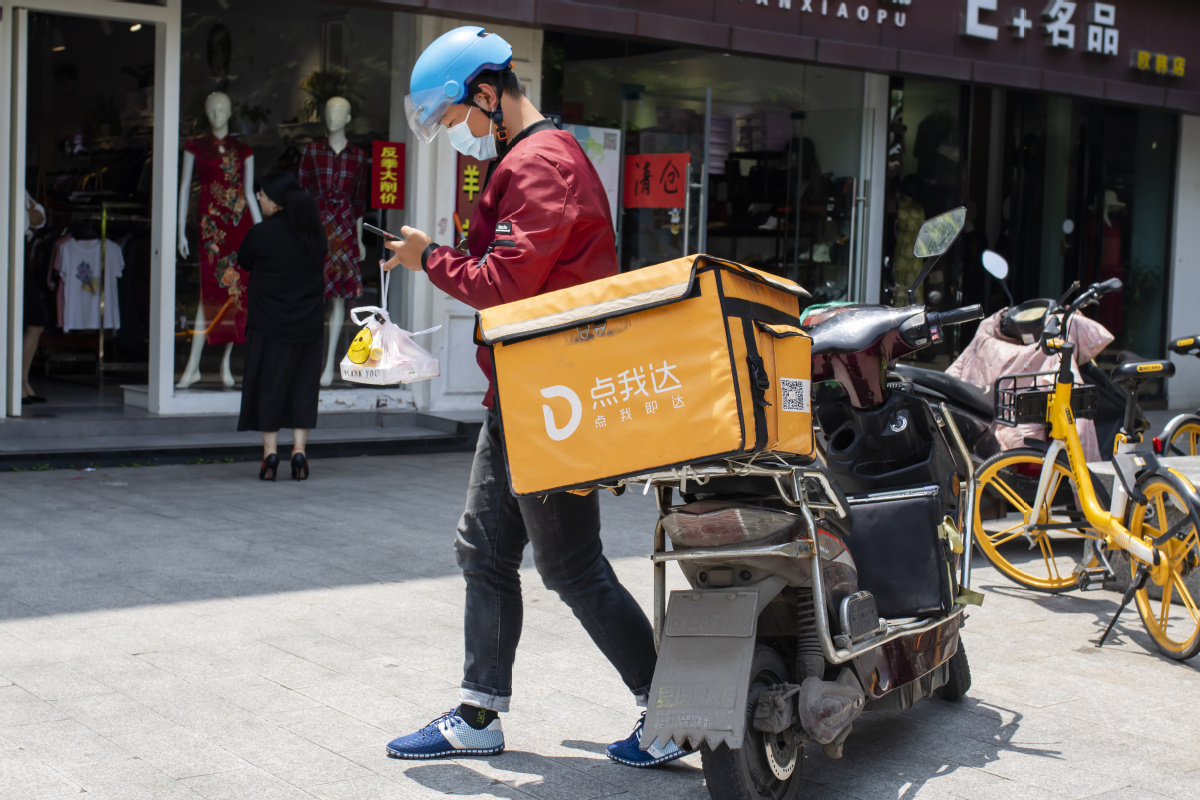 The Caixin China General Services Purchasing Managers' Index, a private gauge of the country's services activity, came in at 55.1 in May, down from 56.3 in April but firmly above the 50-mark that separates expansion from contraction, pointing to a marked increase in services activity.

Underpinning the robust expansion have been a sustained recovery in market sales, rising staffing levels, and upbeat business expectations, media group Caixin said in a report on Thursday.

The overall containment of the COVID-19 epidemic in China and new product offerings have boosted sales in May, while employment in the service sector has risen for the third consecutive month amid rebounding market demand, the report said.

The official services PMI also indicated a steady expansion of the sector, though slightly slower than in April. The reading edged down to 54.3 in May from 54.4 in April, the National Bureau of Statistics said on Monday.

Zhao Qinghe, a senior NBS statistician, said recovery of the service sector has maintained its momentum in May as offline activities posted a strong performance.

Driven by the Labor Day holiday, subindexes of travel-related industries like rail transport, air transport and hospitality have stayed above 65 for two months in a row as of May, indicating a brisk expansion in activity, Zhao said.

He added that expansion in sectors like retail, dining, as well as culture, sports and entertainment accelerated on a monthly basis in May, with the subindexes rising to more than 58.

Looking ahead, however, economic recovery may still be threatened by weakening in exports, and higher raw material prices that could suppress demand, Lu said.

The Caixin PMI data also pointed to a modest drop in exports and a rise in cost pressures in the services sector. New export orders slipped into contraction territory in May for the third time in four months, albeit only slightly, with the surveyed enterprises blaming the dip on the overseas pandemic situation.

Meanwhile, both the gauges for input costs and the prices service providers charged rose to their highest points so far this year, as the rising costs of raw material, energy, labor and transportation have pushed up the prices, the Caixin report said.

As foundation of the recovery in the services sector is still not solid, the government has continued to lend support to hard-hit enterprises and smaller businesses, including those in the travel and culture industries.

For instance, the Ministry of Culture and Tourism issued a notice on Tuesday calling for more policy supports for travel agencies, including support in getting loans and reducing taxes and fees.