Servier banks on digital solutions for growth in Chinese market 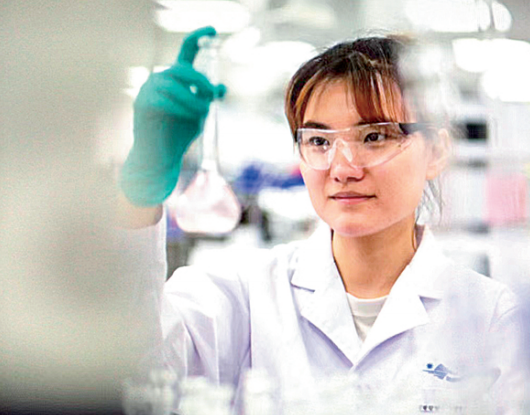 Foreign pharmaceutical companies are moving fast to jump on the digital bandwagon in China, believing digitalization will drive their future growth in one of their most important markets.

The company launched the WeHealth Digital Medicine Demo Day in China in 2016, aiming to drive digitalization in the medical field by engaging with local technological startups.

Under the program, startups with innovative technology and high-potential concepts are selected and provided comprehensive support by the company to promote digital innovation. So far, over 20 Chinese digital healthcare startups were selected out of more than 120 applicants.

Mascarau said the company is now putting its focus on providing better treatment of chronic venous diseases and hemorrhoids for Chinese patients through digital methods.

"We plan to identify the best digital solution and services for chronic venous diseases and hemorrhoids which could have a synergistic effect with our existing product to give patients a portfolio solution rather than a stand-alone solution," he said.

The internet health insight report on varicose veins in 2021 launched by Servier and Ali-Health said China is home to an estimated 120 million people suffering from lower limb venous disease, including more than 80 million women, with data showing a growing trend in younger patients.

Servier said it is also promoting online healthcare education in China with a focus on chronic diseases through strategic cooperation with digital platforms including Alibaba, JD and Tencent.

"China is a strategic country for our group in terms of turnover and prospects. It is considered a very important market for our future development," Mascarau said, adding the country is in the group's first position before the United States and Russia.

The pharmaceutical company has been making constant investments to strengthen its footprint in the country. It has spent 40 million euros ($46.3 million) to expand its plant in the city of Tianjin, which is expected to increase its annual drug production capacity to around 100 million boxes from 40 million boxes when the project is completed later this year.

Servier is not the only foreign industry player that is betting big on China's digital wave. British pharmaceutical giant Astra-Zeneca announced in July the opening of its East China headquarters in Hangzhou, Zhejiang province, which is home to Chinese e-commerce behemoth Alibaba.

The company said it will leverage the city's edge in internet and e-commerce to push forward the application of digital technologies in the healthcare sector.