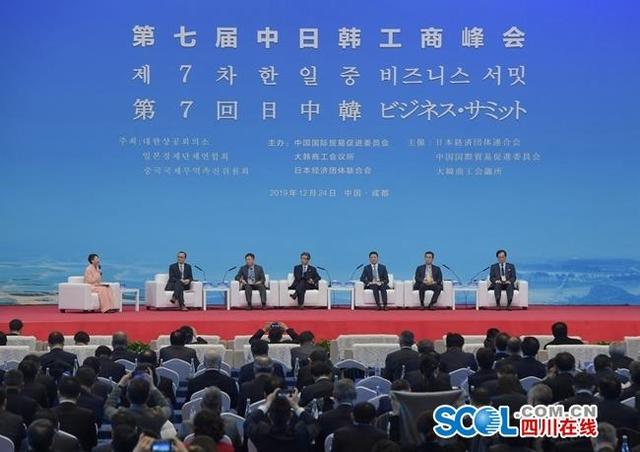 The 7th China-Japan-Korea Business Summit was held on Tuesday in Chengdu, capital of southwest China's Sichuan province. Representatives from Mitsubishi, Samsung and other Chinese, Japanese and Korean enterprises had discussions and dialogues on scientific and technological innovation.

The China-Japan-South Korea Business Summit, co-founded by the China Council for the Promotion of International Trade, Japan Business Federation (Keidanren) and the Federation of Korean Industries (the Korean Chamber of Commerce and Industry has become the South Korean host since 2018), is the highest-level exchange activity among the three economic circles and an effective platform for the three economic circles to offer advice and suggestions to the three governments.

The first China-Japan-Korea Business Summit was held in Beijing in October 2009, and has since been held in South Korea's Jeju Island, Japan's Tokyo, China's Beijing, South Korea's Seoul, and  Japan's Tokyo respectively. Leaders of the three countries attended all previous business summits and delivered important speeches.