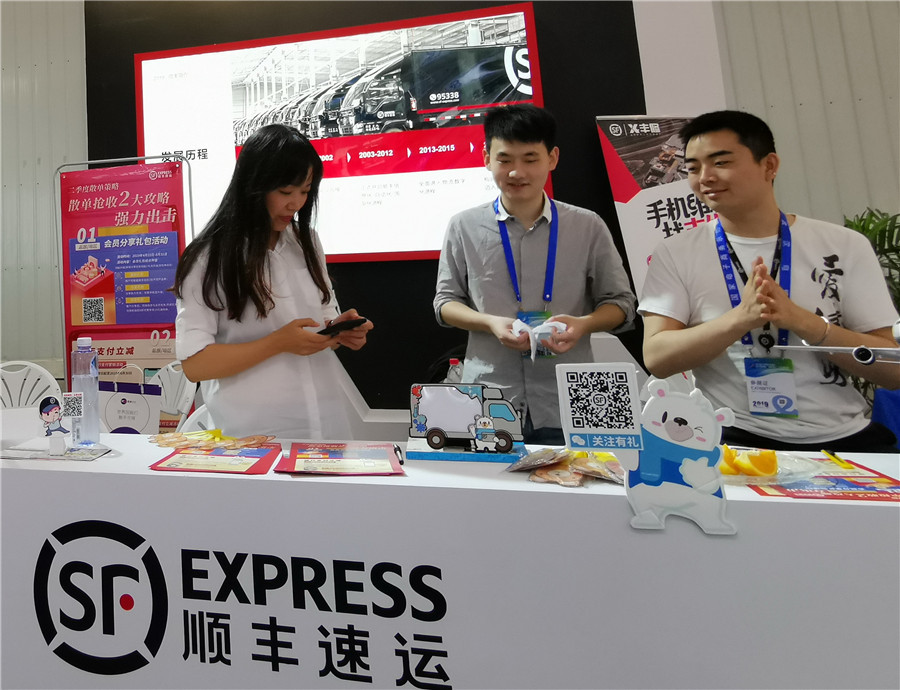 The booth of delivery giant SF Express during an industry expo in Wuhan, capital of Hubei province. (Photo: China Daily)

The net profits attributable to the shareholders of the listed company are expected to reach 5.8 billion yuan in 2019, increasing 27.24 percent year-on-year.

Although impacted by the novel coronavirus pneumonia epidemic, the firm's revenue including supply chain business rose 14.4 percent year-on-year to 11.63 billion yuan in January, and the delivery volume reached 566 million parcels, an annual increase of 40.45 percent.

Based on the State Post Bureau's estimation of the country's delivery volume as 4 billon parcels in January, the delivery firm's volume accounted for 14.15 percent of whole industry.

From Jan 24 to Feb 21, SF Airlines, the giant's air transport branch, sent a total of 117 flights with 3,038 tons of emergency supplies rushed to support Wuhan in the anti-epidemic fight, according to Beijing Business Today.

Recently, the giant's two branches have completed financing of $700 million in debt and 500 million yuan in short-term bonds. And rating agencies including Moody's, Standard & Poor's and Fitch have affirmed dollar debt ratings of A3, A- and A-, respectively.