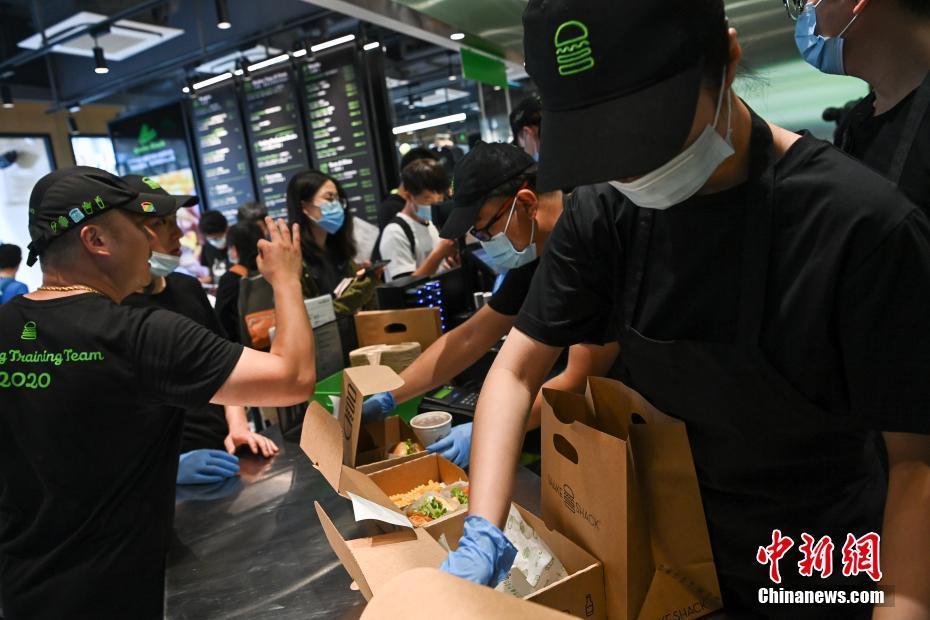 The restaurant, located in TaiKoo Li Sanlitun, a shopping area popular among young people, is the 12th restaurant that Shake Shack has opened in China.

Despite downpours in the Chinese capital city on Wednesday, food lovers turned out for the popular burgers, snacks and cold beverages.

"I once tried Shake Shack in the Republic of Korea, and it was yummy. I heard about the opening of this new restaurant a while ago, and I've been looking forward to taking my sons for a bite," said Zhang Ziqi, 37, who drove over half an hour to the restaurant.

"We feel honored to open a restaurant in Beijing," said Randy Garutti, CEO of Shake Shack.

He said that China is one of the most important markets for Shake Shack in the world, and Beijing, as China's capital and an international metropolis, represents the new frontier of consumption.

Shake Shack is also planning to open a restaurant in Shenzhen in 2021. The company aims to have 55 Shake Shack restaurants on the Chinese mainland by 2030.