JINAN, May 23 (Xinhua) -- Shandong Airlines has officially requested compensation from the Boeing Company for economic losses due to the grounding of its 737 Max aircraft and delayed delivery of future planes, the airline said Thursday. 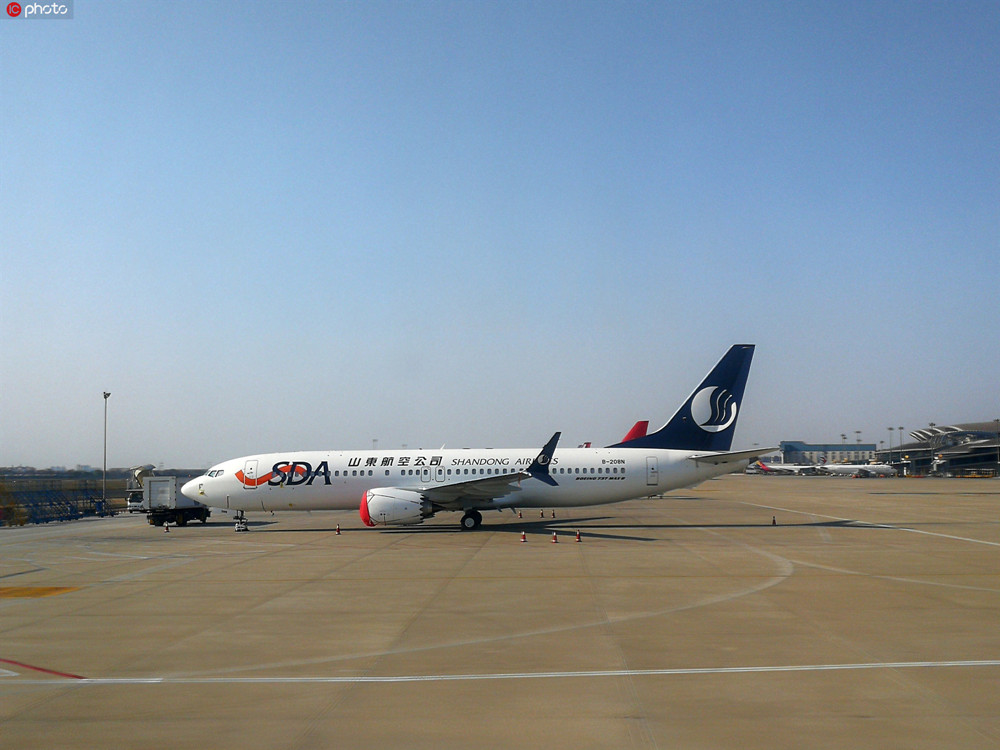 The airline halted operation of seven aircraft, including five delivered last year and two delivered in the first quarter of this year, the company said.

China was the first to halt the commercial operations of all Boeing 737 Max 8 airplanes after a deadly Ethiopian Airlines plane crash on March 10. It was the second crash of the new aircraft after one operated by Indonesia's Lion Air crashed in October last year, triggering global scrutiny and bans on operating Boeing 737 Max aircraft.

China's carriers own a total of 96 737 Max 8 planes, data from the Civil Aviation Administration of China showed.