The Shanghai-built Tesla Model 3, which starts at 355,800 yuan ($50,398) and is set to be available for large-scale delivery in the first quarter of 2020, is expected to reshape China's new energy car market, a report by Beijing Daily said Monday. 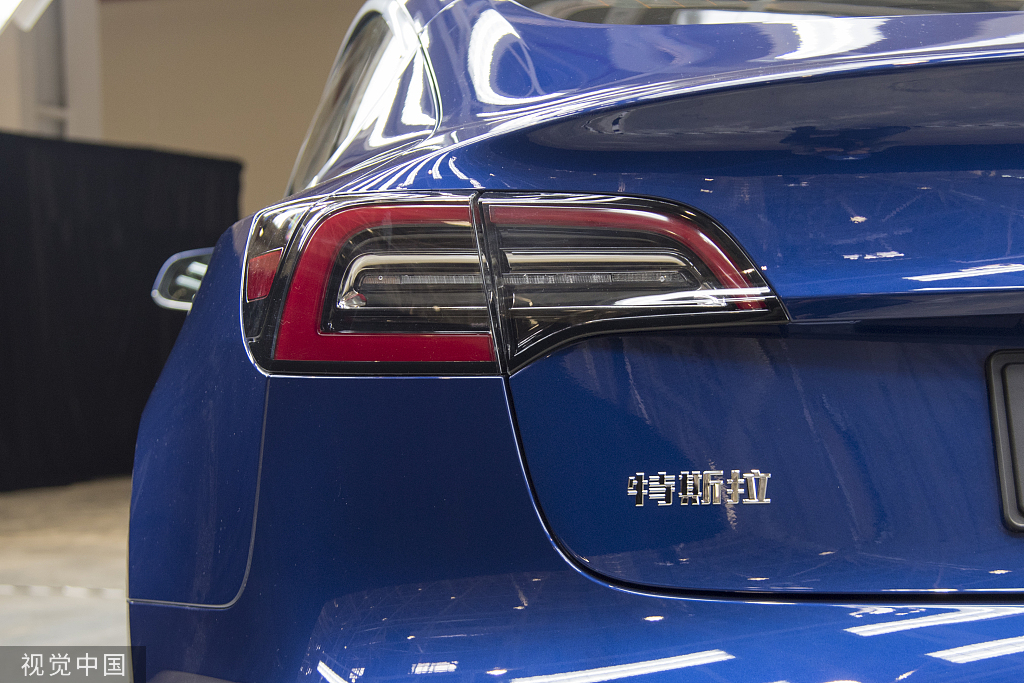 The Shanghai-built Tesla Model 3 with its brand name in Chinese characters on display in Shanghai, Nov 7, 2019. (Photo: VCG)

"China is by far the largest market for mid-sized premium sedans," Tesla said in its quarterly financial statement recently, adding, "with Model 3 priced on par with gasoline powered mid-sized sedans, we believe China could become the biggest market for Model 3."

According to Tesla's third-quarter earnings report, it produced 96,155 electric vehicles during the period, and delivered a record-high 97,000 units.

On the other hand, China's new energy vehicles sector has seen plunge of sales for four consecutive months since the government cut subsidies in June, according to data from the China Association of Automobile Manufacturers.

In the past four months, sales of new energy vehicles remained between 70,000 to 80,000 units, meaning extra sales have to surpass 300,000 units by the end of this year if the NEV market wants to meet last year's overall sales record, Beijing Daily reported.

Even so, Tesla, which relied on imports to China before its Shanghai plant, was not affected much by the subsidy cuts, the newspaper reported.

Its new Shanghai Gigafactory was completed in just 10 months, and is now ready for production, which can help reduce costs by approximately 65 percent compared with the Model 3 production line in the US. It can also contribute a higher gross margin for the Model 3, according to the company's CEO Elon Musk.

A higher-than-expected pricing of the Shanghai-built Model 3 will also win Tesla initiative in market competition after China's NEV subsidy policies are reshaped next year, analysts said in the report.

China's counterparts may face adjustment in their prices after Tesla produces its models in Shanghai. Tesla has become an object for reference, not only in pricing, but also in the level of intelligence and convenience for the in-vehicle system, a practitioner at the new energy vehicle industry said.

However, due to capacity constraints and the mid-to-high end market position, the locally-produced Tesla will not have a strong impact on the industry, and China's new energy car companies still have enough space for development and competition.

"Short-endurance economy cars are a huge market. In the new round of competition, China's NEV producers need to find the right market position and their targeted consumers, and pay attention to brand development and establish public praise," said Su Hui, an official with the China Automobile Dealers Association in the report.