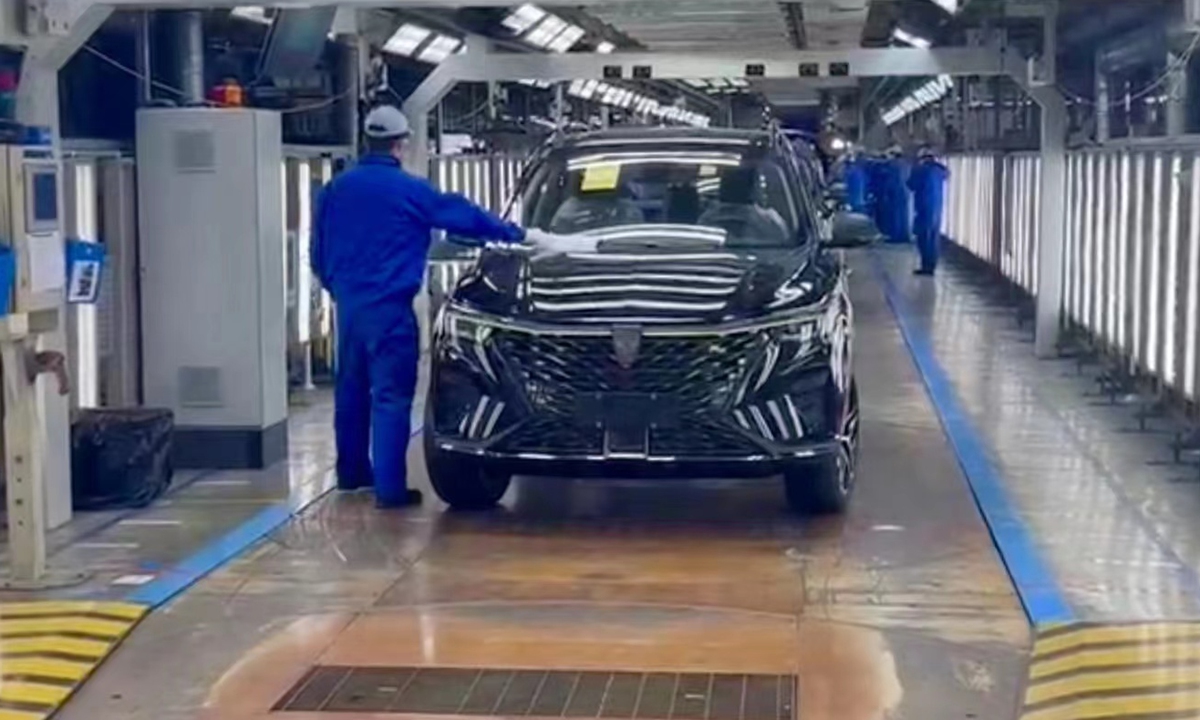 Shanghai, a major vehicle manufacturing hub, will fully resume normal production and daily operations starting from Wednesday. Car producers, which have seen a gradual restoration of production capacity, are expecting a strong rebound in June.

SAIC Motor's Lingang plant in Shanghai has already resumed 24-hour operations, the company said in a statement sent to the Global Times on Tuesday.

According to the statement, between April 19, when tests for resumption of work and production started, and May 28, more than 10,000 complete vehicles have rolled off the assembly line at the SAIC's Lingang passenger vehicle base.

The company said the number of cars ready to hit market has recovered to about 80 percent of the pre-epidemic level.

Reuters reported on Tuesday that US-based electric carmaker Tesla has restored weekly output at its Shanghai factory to nearly 70 percent of the pre-lockdown time, citing two people familiar with the matter.

SAIC Motor and Tesla were among the first batch of companies in Shanghai to be allowed to resume production.

Work resumption of the car industry in Shanghai and the nearby Yangtze River Delta has national and international significance. In 2021, China's automobile production was 26.528 million units, and Shanghai accounted for 10.68 percent.

Auto output and sales in April fell by as much as half amid COVID-19 outbreaks. The China Passenger Car Association (CPCA) said that sales of passenger cars in China reached 1.04 million in April, down 35.5 percent year-on-year.

"Orders from Shanghai have recovered to about 70 percent of the pre-epidemic level, a significant jump compared with April, when the figure was only 20 percent," said a person at an auto parts supplier based in East China's Jiangsu Provinces, who asked to remain anonymous. Most of its orders come from within Shanghai.

"We are expecting a strong rebound after Shanghai fully lifts restrictions in June," the person told the Global Times on Tuesday.

Since truck drivers face quarantine requirements, the firm has to use a logistics company to deliver orders to its customers, which will increase costs.

Shanghai will fully resume normal production starting from Wednesday, as the epidemic has been curbed effectively, authorities said on Tuesday. The timetable is in line with a previous three-stage roadmap the city launched in mid-May.

From Wednesday, public transportation services will be fully restarted including ferries connecting Pudong (east side of the Huangpu River) and Puxi (west side), Liu Bin, an official from the Shanghai transportation commission, said at Tuesday's press briefing.

Other industries in the city are also preparing to resume work on Wednesday.

Shen Bo, chief technology officer with Artosyn Microelectronics, a chip development company based in Shanghai, told the Global Times on Tuesday that the company will be back to work on Wednesday.

"Logistics have improved recently, but have not fully recovered to pre-pandemic levels. Some express delivery sites in Shanghai are still under lockdown due to the epidemic," Shen said.

Shanghai on Monday registered 29 COVID-19 positive cases, fewer than 100 infections for the second day in a row.