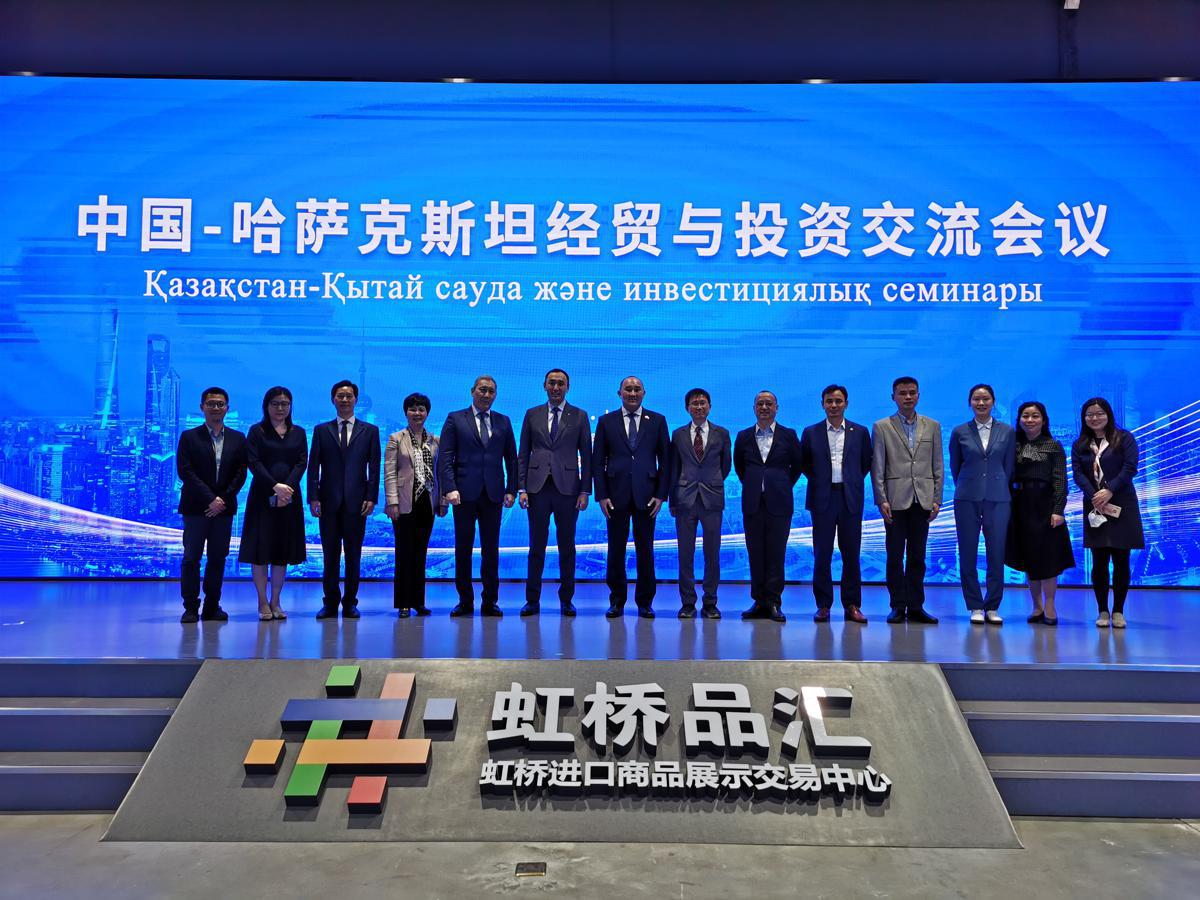 A meeting focused on facilitating trade and investment exchanges between Shanghai-based enterprises and representatives from Kazakhstan was held in Shanghai on Monday. (Provided to chinadaily.com.cn)

A meeting focused on facilitating trade and investment exchanges between Shanghai-based enterprises and representatives from Kazakhstan was held in Shanghai on Monday.

Jointly held by the Shanghai People's Association for Friendship with Foreign Countries (SPAFFC) and the Consulate General of the Republic of Kazakhstan in Shanghai, the event provided an overview of Kazakhstan's trade and investment environment, sought to establish long-term relationships between enterprises in Kazakhstan and China, and promote mutually beneficial cooperation on bilateral trade and investment, said Jing Ying, vice president of SPAFFC during her video speech.

"The year of 2022 marks the 30th anniversary of the establishment of diplomatic ties between China and Kazakhstan. Economy and trade are a key area in the two nation's cooperation, particularly in the energy, industry, transportation, logistics, agriculture and finance sectors," said Rakhimov Rakhymzhan, consul general of Kazakhstan in Shanghai.

An inter-government investment mechanism between China and Kazakhstan was established in 2015, and has to date resulted in more than 50 projects backed by more than $20 billion in investments, said Kuanysh Amantay, general representative of Kazakh Invest in China, the organization responsible for attracting foreign investment to Kazakhstan.

During the meeting, Shao Jun, the general manager of Shenergy Co Ltd's investment management division, said his company is interested in cooperating in areas such as thermal power technology services and new energy investment construction and operations.

Between January 2021 and November 2021, 10 new enterprises funded by Kazakhstan were established in Shanghai, up 11.1 percent year-on-year. As of the end of 2021, Shanghai enterprises had registered 19 projects in Kazakhstan that were backed by $703 million in Chinese investment.