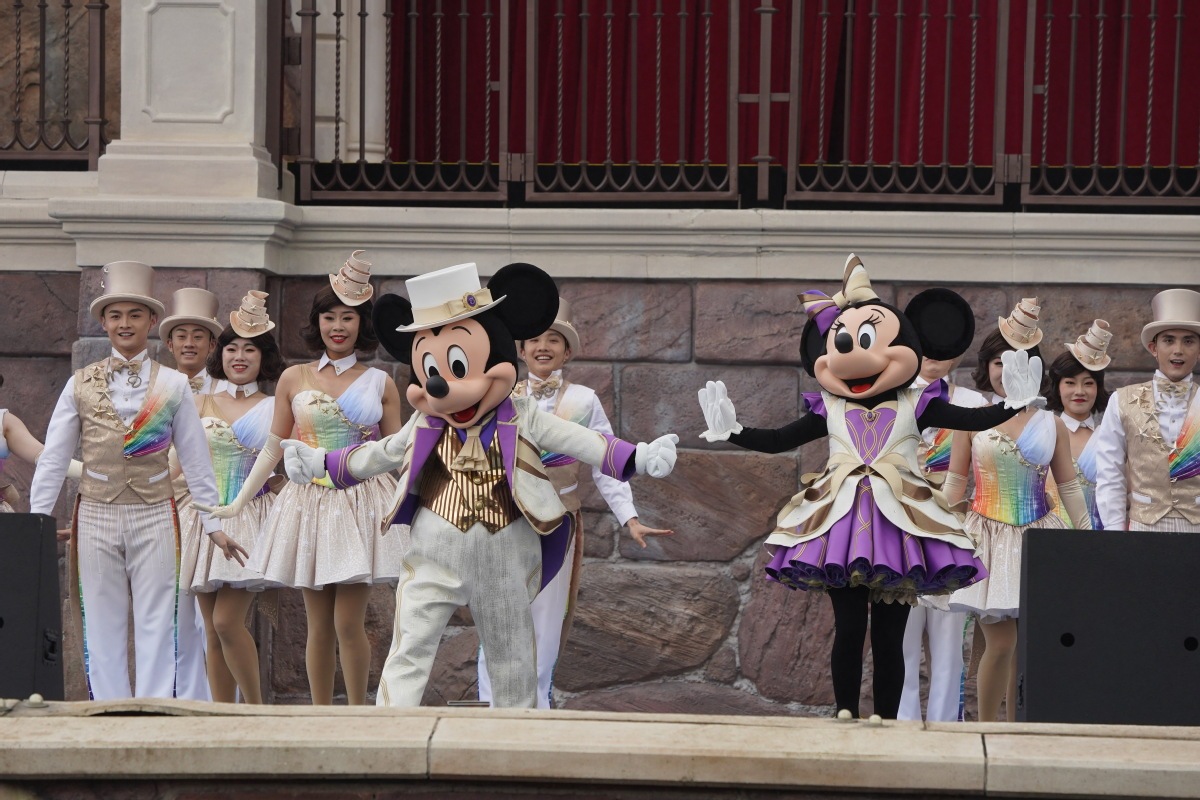 "I would like to thank all of you, our guests, for the incredible love and passion you have shown us since our Grand Opening," Joe Schott, president and general manager of the Shanghai Disney Resort, said at a celebratory ceremony on Wednesday morning.

"I can promise you that there's still so much left to be revealed, and I cannot wait to share it all with you in the months and years to come."

Opening on June 16, 2016, the resort — a joint venture between Walt Disney and Shanghai Shendi Group — has been a contributor of economic growth, job creation and fostering the development of tourism, leisure and service industry, according to executives and experts.

"It is the quintessential Disney park experience but for the people of China," said Bob Iger, chairman of Disney, in a video speech. "We wanted to create something that would be a source of joy and inspiration for the people of China and for generations to come. And I am most proud of the fact that we accomplished that."

"Since the opening of Shanghai Disney Resort, the two shareholders have continuously created magic together by combining global standards with the best local practices," said Yang Jinsong, chairman of Shanghai Shendi Group, in a press release. "Through mutual trust, communications and integration, we have worked together to build this leisure and resort destination for citizens and tourists."

Iger said the land is "large enough to continue to enable us to expand the park", as the world's first Zootopia-themed land is currently under construction at the site. "I think the growth potential it represents is enormous." 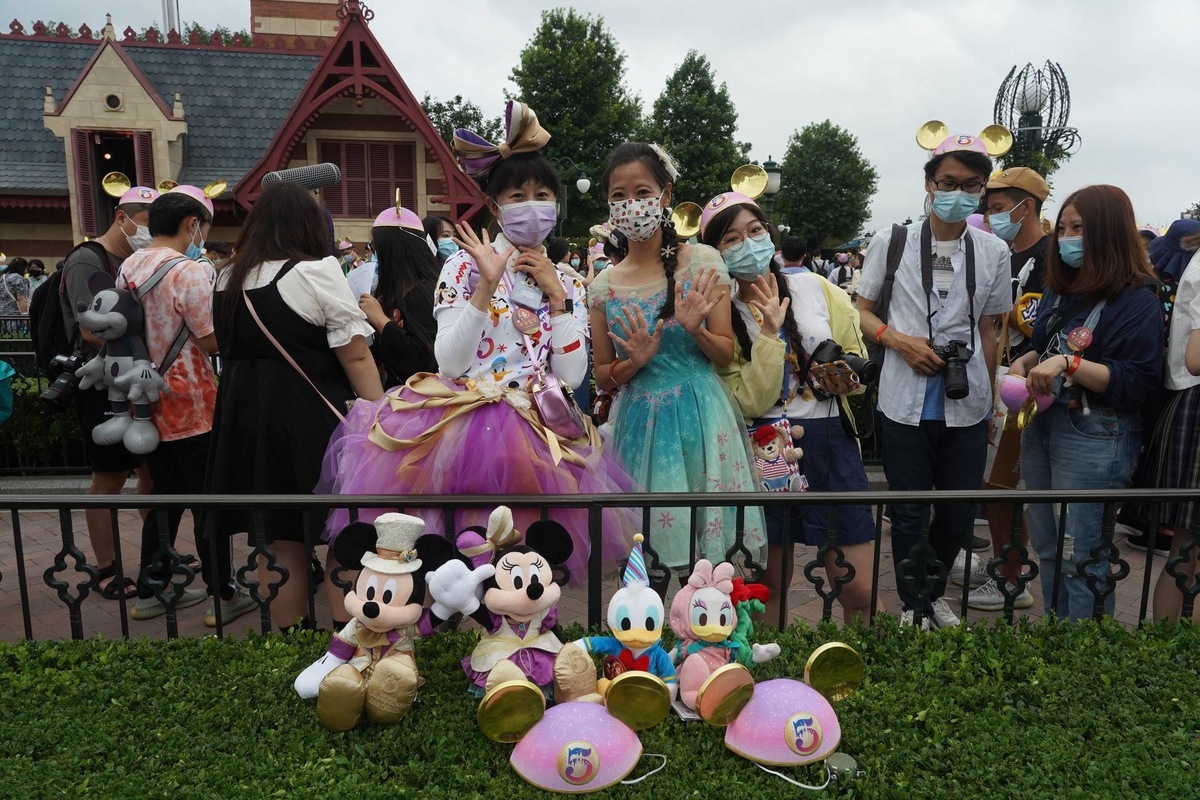 Disney fans dressed up in costumes posing with plush toys to hail the fifth birthday of Shanghai Disney Resort on Wednesday.

The fact people across China embrace the park as their own "goes to show that storytelling transcends geography, languages, cultures and customs", said Bob Chapek, CEO of Disney, in a video speech on Tuesday. "We are really excited about what is coming to Shanghai Disneyland in the years ahead as we continue to add spectacular new attractions and experiences."

On the eve of its fifth birthday, the resort debuted a new in-park theatrical show "Mickey's Storybook Adventure" and hosted a special evening ceremony in front of its iconic Enchanted Storybook Castle, featuring a new anniversary theme song.

The park saw a major expansion — the addition of the Disney·Pixar Toy Story Land — within two years of operation. It was also the first Disneyland to re-open following COVID-19-induced closures, introducing an online reservation system that was later applied across sister parks worldwide.

Shanghai Disney Resort is reshaping behaviors of guests, who are turning from taking only popular rides in parks to enjoying an immersive experience, according to a May report by the China Tourism Academy.

"Thanks to Disneyland, we have witnessed this shifting pattern of guests, from waiting in queues just to take as many rides as possible, to becoming more willing to watch spectacles, interact with Disneyland cast members and enjoy delicacies in the park," said Dai Bin, president of the academy.

The study also found consumption generated by trips made to the Shanghai Disney Resort pushed up the city's GDP by 0.21 percent in the first three years of operation, while spending made by Disneyland visitors in Shanghai contributed to 4.09 percent of the city's tourism growth. It also added 12,000 direct jobs and created 60,000 indirect employment opportunities.