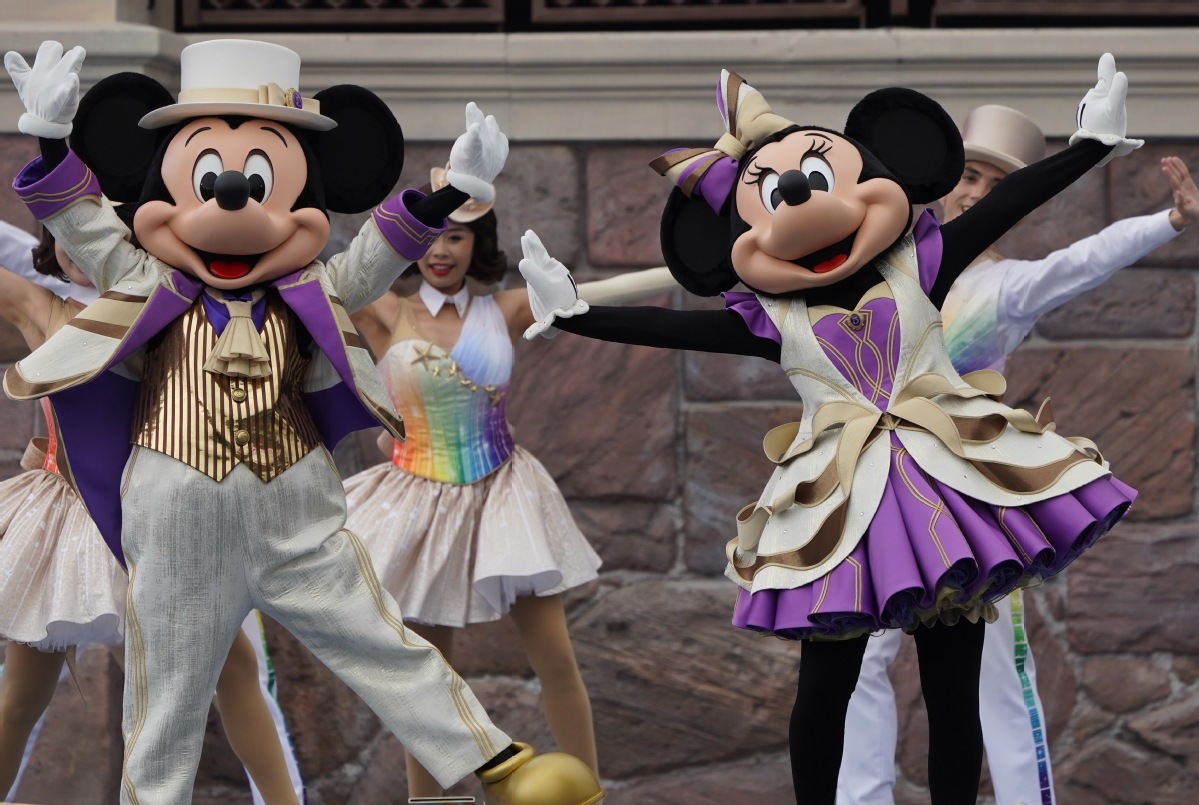 Shanghai Disney Resort, which celebrated its fifth anniversary on Wednesday, is poised to unveil more attractions as it deepens roots in the Chinese market, company officials said.

The theme park, which opened its doors on June 16, 2016, functions in China as a joint venture between the Walt Disney Co of the United States and Shanghai Shendi Group. It will also play an important role in the further development of the local leisure and services industry, they said.

The resort has been a pivot in boosting local welfare. According to a report released in May by the China Tourism Academy, consumption generated by trips made to Shanghai Disney Resort pushed up the city's GDP by 0.21 percent in the first three years of operations, while spending made by Disneyland visitors in Shanghai contributed to 4.09 percent of the city's tourism growth. It also added 12,000 direct jobs and created 60,000 indirect employment opportunities.

Joe Schott, president and general manager of Shanghai Disney Resort, said: "I can promise you that there is still so much left to be revealed, and I cannot wait to share it all with you in the months and years to come."

In a video speech on Tuesday, Bob Iger, chairman of the Walt Disney Co, said the Shanghai venue is the "quintessential Disney park experience for the people of China.

"We wanted to create something that would be a source of joy and inspiration for the people of China and for generations to come. And I am proud of the fact that we accomplished that."

Iger further said the land is "large enough to continue to enable us to expand the park", as the world's first Zootopia movie-based theme park is currently under construction at the site. "I think the growth potential it represents is enormous."

Bob Chapek, CEO of the Walt Disney Co, said: "The fact that people across China embrace the park as their own goes to show that storytelling transcends geography, languages, cultures and customs. We are really excited about what is coming to Shanghai Disneyland in the years ahead as we continue to add spectacular new attractions and experiences."

Executives said the park expanded faster than any other Disney parks worldwide, as evidenced by its first major expansion of the Disney. Pixar Toy Story Land within just two years of operations.

It was also the first Disneyland to reopen following COVID-19-induced closures, introducing an online reservation system that was later applied across other parks worldwide.

The company is also creating a talent pool with the Shanghai Institute of Tourism at Shanghai Normal University, under which students will intern at the resort on a regular basis.

"Under the partnership, our students stand to learn the three winning recipes of Disney: storytelling, immersive experiences and professional guest services," said Mao Runze, dean of the institute. "It's a boon to develop our own tourism and leisure industry."

Dai Bin, president of the China Tourism Academy, said: "Thanks to Disneyland, we have witnessed this shifting pattern of guests, from waiting in queues just to take as many rides as possible to becoming more willing to watch spectacles, interact with Disneyland cast members and enjoy delicacies in the park."

He Jianming, a professor at the Shanghai University of Finance and Economics, expressed confidence about the segment's long-term growth. He said a study from the World Tourism Organization indicated that economies enjoying 3 percent or above GDP growth can expect the number of international tourist arrivals to surge 1.3 times.

"Compared with the likes of Tokyo and Singapore (both of which have theme parks), Shanghai still has plenty of room for growth and to accept more international travelers," He said.