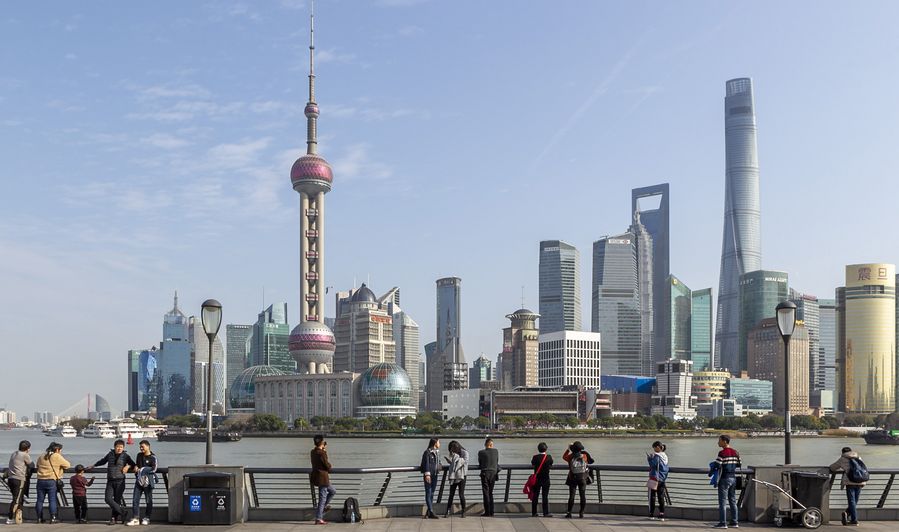 Shanghai's GDP jumped 12.7 percent year-on-year to top over 2.01 trillion yuan ($310 billion) during the first half of this year, the local statistics bureau said at a press conference on Wednesday.

The average GDP growth in Shanghai during the first six months of this year and the first half of 2020, which was largely affected by the COVID-19 epidemic, came in at 4.8 percent.

During the first half of this year, industrial companies with an annual turnover of at least 20 million yuan saw their total output reach 1.81 trillion yuan, up 18.8 percent from a year earlier. The total output of strategic emerging industries increased 19.6 percent to 716.5 billion yuan. The half-year output of new energy vehicles, alternative energy and high-end equipment industries came in at 250 percent, 32.1 percent and 24.5 percent, respectively, if compared to the same period last year.

Shanghai attracted more than $12.4 billion worth of direct foreign investment in the first half of the year, up 21.1 percent from a year earlier.

Per capita disposable income reached 40,357 yuan in Shanghai in the first six months, up 10.3 percent year-on-year. Over 402,300 new jobs were created in the city's labor market during the first half, 131,000 more than the number during the same period in 2020.